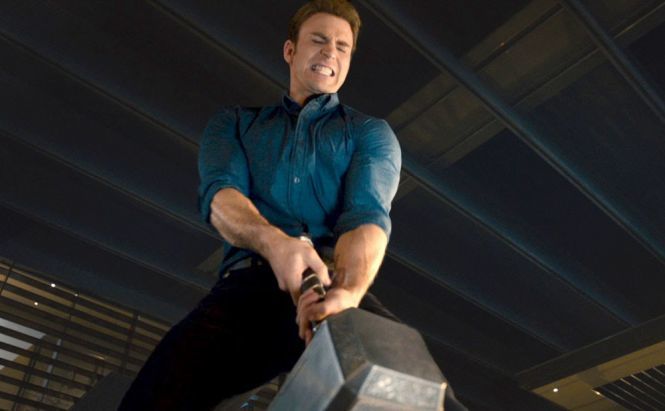 In an extremely entertaining development, a particularly creative fan of the Marvel Cinematic Universe decided to make for himself a replica of the battle hammer Mjolnir wielded by Thor, one of the most iconic characters of the franchise. However, said fan did not want just any hammer, he wanted the real thing; a weapon that only its master could lift. In order to recreate the effect of Mjolnir being too heavy for any but Thor to lift off the ground, the crafty man added a fingerprint reader to the handle and wired it up to an Arduino Mini battery pack. Then, he stealthily inserted  a powerful electromagnet into the hammer. After the work was completed, the man put his invention on display in public and enjoyed the mass confusion, frustration and eventual laughs.

Now, if you see a suspicious-looking hammer lying on something heavy and magnetic, don't bother trying to pick it up. Chances are the fan, who bears more resemblance to Thor's brother Loki for his ingenious trolling, has activated the magnet and is simply waiting for you to try to lift the thing only to discover it's fixed dead in its place. As seen in the video below, the prank has been a great success. Which goes to show that you don't need to be a Norse god-alien to be awesome.