A look at a possible future of software development and support. 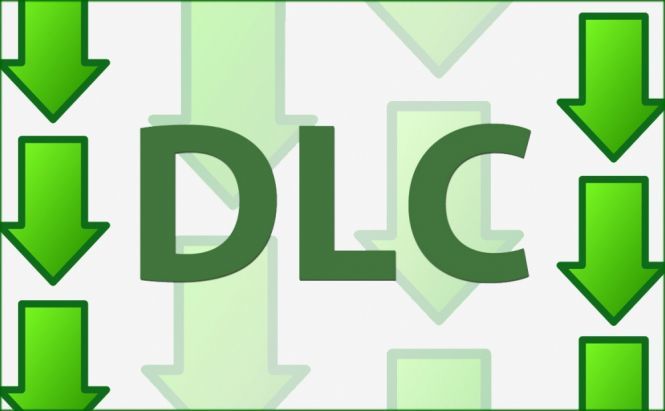 I'm particularly sensitive about modern video games. They seem to have fully embraced the idea that a player will be just fine if he or she buys and experiences only half the game for the full price and then pays more for the second half. I'm talking, of course, about the practice of selling 'downloadable content', or DLC. It has both advantages and flaws, but it's pretty much everywhere now, since selling bits of the game post-release adds a significant bonus to its longevity and profitability.

All seemed to be fine, aside from my grumpiness, until Windows 10 hit the shelves. Let's see: a Windows online store didn't go away, and various applications have to be bought. Not surprising, of course. I've always been wondering why the Office suite has never been made part of the standard Windows tools. Of course, it's all because of the nature of capitalism: things sell better that way. But it got me thinking: what if, in the future, not only additional software will be sold separately? What if some of the more complex software will be divided into parts, just like a game?

First of all, let's talk about the main advantage of partial software releases. Games are very notable for this, and a lot of good has indeed come out of such a strategy. Instead of continuously releasing updates to improve stability and desperately trying to find the bit of code causing errors and glitches, a developer who adopts the partial release strategy can simply work on the next downloadable content as if it were an unreleased next project. This way, not only bugs and errors can be fixed, but the overall quality of the product can be improved simply by testing the reaction of the buyers.

This approach, however, is rather cynical, because it looks as if the developer turns the customer into a free beta tester. This has been a point of criticism for games recently. Really, I just want to buy a game and play it without complaining. Now let's imagine, for example, a Microsoft Office release without Excel and with extremely glitchy Word. I don't care if Excel is released next month and works so perfect that it revolutionizes Office work. I want my Office to work now.

Now, another advantage partial releases may have is that it keeps users interested. If a game updates with more content over time, you play it more. The same can work for other kinds of software. Media players, for example, are famous for their long lives, with new features and new formats being added over time. This natural way of updating software had, indeed, been the model after which the DLC principle was created.

Yet there is criticism of this aspect as well. Not every user will remain interested if he or she becomes disappointed with the original release. Bare-bones functionality is just that: a lack of content. Even games with their insane replayability get crushed after poor initial releases without all the DLC content. Software developers will surely be accused of even more cynical meddling, and the general idea would be that they simply sold an incomplete product while being able to include all the features and functions. Again, imagine MS Office being sold without the new Word. Or Windows 10 without an Internet browser, which could happen if a decision was made to sell Edge separately. Not a great perspective indeed.

The next aspect of partial releases is more tricky. As seen above, this approach may lead to radical improvements in stability and eradication of the need for regular small-time updates, patches and new versions. But this has been done before, actually, especially with games. The very possibility of regular updates and fixes was seen as an improvement at the time when the Internet made it real. In the past, the chance to receive fixes and upgrades, add new content before a large-scale expansion, was seen as a blessing. However, it quickly became tiresome, as software often refused to work properly without an update, and older versions are discontinued now, that causes certain discomfort among people who prefer them. Now, whether the absence of routine regular updates is good or bad remains a matter of personal opinion. There are both pros and cons to this approach, and only if we address the final aspect of the issue can we really see the truth.

The main point of criticism of partial releases (especially games and DLC) is that, in most cases, the developers ask a full price for a product and then provide additional content for even more money, often specifically developing the product 'in parts'. This is economically shrewd, as people who enjoyed the initial release will pay more to enjoy some more. However, there is a valid criticism that the developers can simply include everything, but choose not to, this way cheating the buyer and charging more for what was supposed to be the same amount of content. The issue is, without a doubt, debatable, and various ways of providing a more honest model of partial releases have been invented. For games, it's the introduction of episodic releases, with each episode being sold cheap. Or there is the recent 'Hitman' game being released for a half-price with a very serious part of the game being added later. It is doubtful whether such ways will work for other software, since functionality is different from program to program. Large suites like MS Office would probably work that way, but, once again, imagine Office without Word and think about how unfair it would seem. Or think about the policy of separating antiviruses suites or media players into versions with different functionality — what is it if not the beginning of partial releases?

If we're being honest, no amount of analyzing can really answer the question whether the model so successful in games can be applied to different software. Some programs already adapted alternative strategies of updating and making more profit, others are simply unfit for that. But with the modern emphasis on products making long-term profits, we are sure to witness the introduction of more and more partial releases in our software. I just hope that I don't have to pay twice for Windows Installer and Windows Desktop ten years from now.