Zombie games have been extremely popular recently and with thousands of them made for iOS it's really hard to choose a good one, so we've made a... 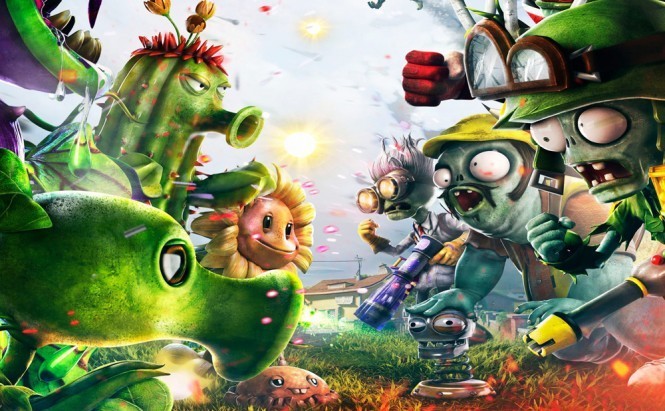 Zombie games have been extremely popular recently and with thousands of them made for iOS it's really hard to choose a good one, so we've made a selection of 5 top zombie games for you.

The sequel to Plants vs Zombies is even more awesome and addictive. It constantly gets updates offering you more and more amazing levels. Unlike its predecessor which had to be purchased, Plants vs Zombies 2 is freemium, so you can play all the levels and get most plants for free. The game threw in a number of new plant and zombie species and became nonlinear with more available locations. Don't miss special time-limited events like Piñata Party or Treasure Yeti!

The Walking Dead game is like an interactive movie where just like in any game by TellTale games your choice would lead to certain consequences in the future. The game is episodic and the first chapter is free, but the rest of them need to be purchased.

Another arcade zombie game and another awesome sequel where you need to survive as long as you can while destroying hoards of zombies using a wide range of ammo, collecting money and upgrading your weapons as well as skills. And one of the greatest things in Zombieville USA 2 is that now you can have multiplayer action.

Into the Dead is a first-person endless running zombie game with incredible graphics. You're running in the dead of night from hoards of zombies that keep coming towards you. The game allows for picking ammo and using points you earn to purchase various perks.

All you need to do in this addictive racing game is keep driving and shooting at zombies at the same time. It's not that easy with zombies trying to cling to your car, so you will need to knock them off with your car or simply shoot them. The further you manage to go, the higher your score. You can purchase Zombie Highway here.

So, here's a number of great zombie games for iOS that will help you kill time and have fun.