Win the Sea Battle or Sink

Do you remember the feeling of winning the sea battle game in the childhood? Experience it again. 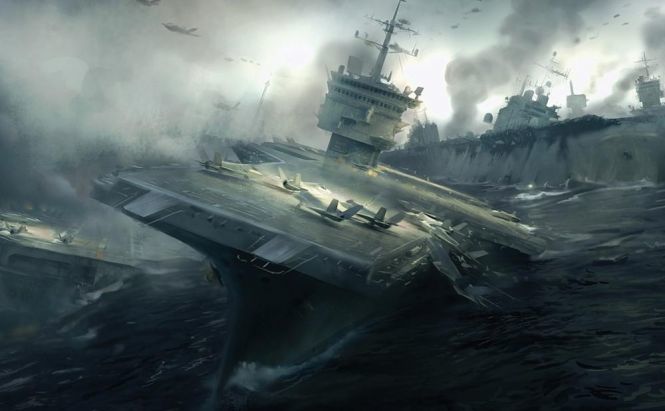 Win the Sea Battle or Sink

Do you remember that happy feeling when you won a sea battle on paper sheets? I'm sure you do. In the olden days one couldn't play without a piece of paper, a pencil or a pen at hand; today if you have a mobile device, you have no obstacles, that might stop you from playing. The only condition is to have an application installed on your device.

There are countless variants of this game for any taste: in color, copybook-style ones, with squares or ships, etc. Commercial apps can boast of numerous features, still I'd like to drag your attention to the freeware.

The first two are Sea Battle Classic! And its HD variant. These offer you to play on a classic copybook paper with drawn ships. You can enjoy four different game styles, including online battles and bluetooth connection to another device. The game screen is divided into three zones: two tiny areas (your ship position and informative window) and a big one (here you search your opponents ships). It is just what we've got accustomed to since childhood. The next app, Sea Battle Game, offers a color version of the classic variant, where you couldn't place ships closer than one square from each other. It is very simple and can't offer anything unusual. Sea Battle Ultimate goes further in differences. In this game you will have to get accustomed to new rules: there are less ships, they can be placed even side by side. On the one hand this may make the game faster, on the other – more complicated. The last one, Battle Ships, offers you a hexagonal board, where ships can even be placed diagonally, mind, that this time, your fleet may be subject to air attack as well. This app is fun in its own way and deserves to be played at least once.

If you are a Sea Battle fan or just want to feel yourself a child again for a couple of moments, try out the above mentioned apps.