iOS 7: How To Get It And What To Expect

iOS 7 was released on September 18th. A lot of users experienced various problems due to the fact that Apple's servers were not able to work effeciently with so much simultaneous downloads. Check out the article to find out how you can download and set up iOS 7. 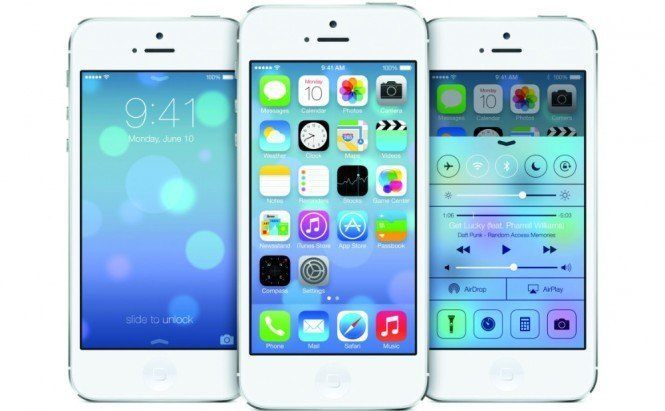 iOS 7: How To Get It And What To Expect

The long-awaited release of iOS 7 has come upon us at last: the new version of iOS was made available to the wide public by Apple on Wednesday, September 18th. What followed after that was hours of frustration of many customers, all because of annoying errors during the download, which meant that they had to start all over again several times. After the presentation of new iPhones on September 10th, this is the next Apple novelty that is supposed to bring smiles to the anticipating faces of Apple fans, but it is still too early to judge whether or not the actual product will live up to their high expectations.

First and foremost, check if your device is compatible with the new operating system at all. Here's the list of devices that are actually supported:

If your device is iOS 7-compatible, then you get to choose from one of two methods of getting the new iOS, whichever feels more comfortable for you. The first one only requires the mobile device itself; the second one involves a USB cable, a computer, and the latest version of iTunes.

Method 1: Over the air

Note that many users experience errors using this method.

If you have a reliable Wi-Fi connection, you can upgrade your device by simply navigating to Settings > General > Software Update. Click the Download and Install button for iOS 7.0 as seen on the picture below.

Once the download is completed, click Install Now. After the installation, your device will restart and you'll be walked through the rest of installation process, which is very simple and straightforward.

Okay, you have a computer with iTunes in front of you, a USB cable for your iDevice, and the device itself and you're probably wondering what is the next step. Well, first, make sure your iTunes is updated to version 11.1; and if it's not, update it:

Windows users: Use Help menu in iTunes and click Check for Updates

Now you simply need to connect your device to the computer via the USB cable. Once you've done that, iTunes will automatically open up. If you're using the autosync feature, then your device will be backed up by iTunes; if not, you can always do it yourself: click on your device in the upper-right corner of the iTunes interface and choose Back Up Now in the middle area named Backups.

After you're done backing up, click Check for Update/Updates as seen in the picture above to upgrade to iOS 7. A new pop up window will appear providing you with two options: Download Only (if you wish to install it later) or Download and Update. When you make your choice, you will be able to monitor the progress bar at the top of iTunes and finish the installation. You'll be walked through the rest of the process, which is extremely easy and is basically just setting up the basic settings (iCloud, Location Services, iMessage etc.)

A quick look at what iOS 7 can offer

The new iOS has brought some really great features, although some of them have been met with no small amount of skepticism. Let's have a quick look.

Apple developers have reinvented the whole color theme used in iPhone, it now looks much brighter and somehow deeper. Some animations have been replaced with new ones, the most notable of which is the fade-in effect when unlocking the screen. Oh, and now you don't have to aim for the unlock bar and slide it, you can use the whole screen instead (nice!).

That's where iOS 7 really brings something new to its users: Control Center puts most frequently used settings front and center for your comfort and, what's even better, it's available from any screen. The notifications pull-down bar has also undergone some changes: there's now three tabs that will show you alerts, messages, and calls you have missed as well as your schedule for today.

Some major work has been done by Apple in organizing your photos (the Photos app): with iOS 7, you get them organized according to actual locations where those were taken and not only their chronology. There are even preset Insragam-like filters that you can quickly apply to your photos, and a burst-caption mode that allows you to take continuous shots to pick the best one later on.

The unified search and address bar has finally come to Safari, which many were hoping to see in many previous versions of iOS. The new browser by Opera, Coast, that recently came out, had it from the very start; it's an obvious time saver, so why not implement it by default. The inclusion of a peer-to-peer sharing service, called AirDrop, is also a major boon for a lot of people.

I did upgrade my iPhone 5 to iOS 7 and so far I am pleased. I've only been using it for half a day, though, so there might be some painful surprises on the way. Still, it seems like Apple hasn't lost its flair for making shiny things that are pleasant to play with.

Apple is the only one of mobile phones in the world, don't miss a new version.

I appreciate Apple now, cause when I upgraded my iPhone 5 to iOS 7 my battery began to last longer and now I can enjoy the net. I can say Apple is Apple.