The new watchOS 3.2 beta introduces the SiriKit and the 'theater mode' for Apple Watch. 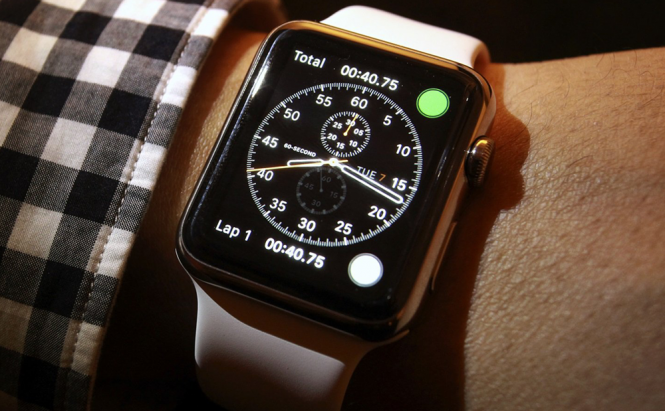 The message “Please, turn off your mobile phones” has been a staple for cinemas around the world for over a decade now. Smartphone screens suddenly lighting up can seriously damage your movie experience. Resent boom of wearables and gadgets alike made the problem even worse drastically multiplying undesirable light sources. Last Monday Apple introduced watchOS 3.2 beta to developers, an update that among many other features brings in the SiriKit for the third-party apps and the long rumored ‘theater mode’.

The main concern in the community was that this new mode for Apple Watch could make the experience more disruptive for the cinefiles. The fear was that the Watch users would check their devices more often. Apple, however, delivered a feature that seems to be a logical step up from the ‘Do Not Disturb’ option, available since the very launch of the product. Indeed ‘Do Not Disturb’ prevents all notifications from popping up but the screen sill lights up whenever you move your wrist. The ‘theater mode’ provides a better solution. All you need is to swipe up from the ‘quick settings’ screen and press the newly added ‘theater’ icon. This will automatically mute the sound of your device and turn off the ‘wrist wake’ feature. You’ll still receive incoming massages – and the Watch will still notify you with haptic vibrations – but the screen won’t light up. Now to unlock the screen all you have to do is to tap on it or press the digital crown on the side of the Watch. It’s that simple. It is yet unclear whether Apple is going to add such a feature to their main product – the iPhone – in the near future. As for now the ‘theater mode’ should help Apple Watch users to follow the movie etiquette and improve the experience from the show for the rest of the crowd. The 'theater mode' for the cinema goers

The second basic improvement for the watchOS came in with the ability of the Siri digital assistant to work with apps from third-party developers. The SiriKit debuted with iOS 10 for iPhone and iPad last September. Now it became available for the Apple Watch too. This is a much welcomed addition that turns the Watch into a fully interactive voice controlled device. It looks like very soon Apple users will be able to make phone calls, book rides, search photos, send and receive payments and do a lot more – all with Siri on the smartwatch.

WatchOS 3.2 beta is only available for the app developers at the moment but it should be released to the general public very soon. While it won’t be ‘revolutionary’ by any means it will still make the life of the Apple Watch users a little bit easier. The ‘theater mode’ and the SiriKit are there as a proof.

If you find the article useful you may also like our previous entries, such as: "Niantic rolls out Pokemon Go for Apple Watch" or "All you need to know about Apple's new watchOS 3".