All we know about iPhone 8

Although iOS 8 is probably a year away from being unveiled, here are some of the most interesting rumors that we've heard about the upcoming handset. 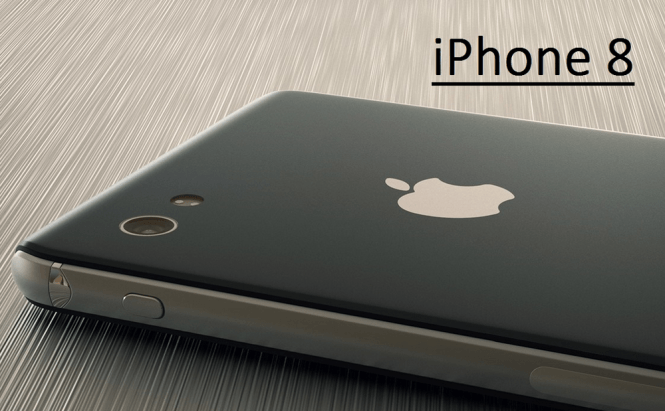 All we know about iPhone 8

I realize that iPhone 7 has literally just came out and a lot of people didn't even have the time to catch up with the novelties that it brings, but rumors about next year's iPhone 8 are already taking over the Internet. Even though Apple didn't officially confirm or deny any of them, I thought that it is good time to look into them and check out some of the most interesting and believable speculations floating around. So, here's all we know about iPhone 8.

Let's start things off with one of the rumors that looks like a safe bet: Apple is getting ready to switch to OLED displays and the iPhone 8 will be the first model to feature it. For those of you who aren't that tech-savvy, current iPhones sport LED displays, the difference is that in an OLED screen the pixels are self-illuminated, which makes for a better image clarity and more vibrant colors. Why is this a "safe bet"? Apple has already signed a deal with Samsung to produce OLED display. And since we're talking about iPhone 8's screen, there are also speculations that Apple is gearing-up for a major redesign that includes a full glass body (like the iPhone 4) with an edge-to-edge display. Another plausible piece of information is that the camera and Touch ID sensor will be integrated directly into the display.

As far as hardware goes, I don't have too many things to go on. The only aspect that seems to be common knowledge is that the iPhone 8 will feature the A11 processor, a 10-nanometer chip that's going to be smaller, faster and more energy efficient than the A10 Fusion currently embedded in iPhone 7. There's also the possible addition of wireless charging capabilities: though I'm not sure if the technology will be fully functional by September next year, Apple is currently working on a long-range wireless recharging system.

In case you're curios about the size of the device, things are pretty murky in that department. Most people suggest a 5.5-inch or a larger display, but things are still uncertain and it's very likely that there will be at least two different sizes (regular and plus). Furthermore, I've even read about the possibility of three iPhone 8 versions, two featuring regular LED screens and the premium one sporting the OLED display. As far as the launch date is concerned, Apple will probably stick with its current tradition and launch the new phone in September 2017.

Lastly, the big surprise: the iPhone 8 may not have a Home button. It makes sense if the Touch ID sensor is embedded in the display, but the Home button is basically an iPhone trademark, so we'll have to see if Apple is ready to give it up or not.

Now, when you've seen all we know about iPhone 8, you may also want to check out some of our other interesting iPhone-related stories such as: "The most interesting features brought by iOS 10", "Apple is now selling refurbished iPhones", "Best tips for buying a used iPhone" or "Ways to completely erase your personal data on your iPhone".