The Expectations Turned Out to Be True

The D-Day has come and Apple have announced the new iPhone. The part of the event, devoted to it, has been greatly focused upon the new product being... 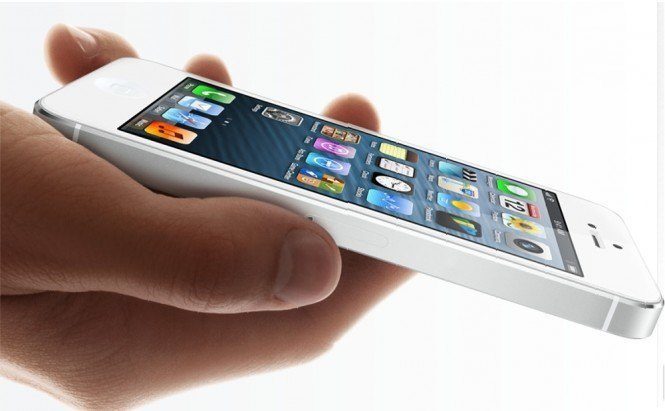 The Expectations Turned Out to Be True

The D-Day has come and Apple has announced the new iPhone. The part of the event, devoted to it, has been greatly focused upon the new product being thinner and lighter, compared with the previous version. So, it is 20% lighter and 18% thinner.

But were the rumors true or not? Let's deal with them one-by-one.

1. Name of the Product

The rumors about product name with no number in it turned to be false. It is officially proved that Apple have chosen to name the device 'iPhone 5'. Well,in all this way it will be easier, even for consumers, to refer to the product, not mixing it up with the other iPhones.

2. The Screen Resolution and the Device Size

The iPhone is confirmed to have the in-cell touch display technology (which was definitely chosen for bringing smaller size to the device). Besides, the rumored resolution and icon orientation turned out to be true, as well as the screen size (4-inch) and the device form: it is taller, but not wider. In total, Apple boast of Retina display featured in the new iPhone, more screen space for applications, HD video and picture quality, alongside the possibility to operate the device with one hand.

And again the rumors were right. The fresh iPhone doesn't work with the old micro-SIM standard. You will have to change your card to nano-SIM if you want to use iPhone 5. It is smaller, lighter in weight and seems to better suit the new thin device.

So, they did it. They've really changed the connector. The Lightning, as it is called, is a universal adaptive reversible dock junction cable, which is 80% smaller than the previous 30-pin one, used for a decade.

5. Changes in the Product Line Cost

With the release of the new iPhone the old versions became cheaper. Numerically, this leads to iPhone 4S (16Gb) costing less than 100$ and iPhone 4 (8Gb) being available on a free contract. The price for the new device ranges from 199$ to 399$ depending on the number of gigabytes you want to have in your device.

Well, the new iPhone is here, it is thinner, quicker and fitting the predictions, but, is it really that much revolutionary? It didn't make any big impression on me, being made of glass and aluminium, because it seems to be rather fragile because of the chosen materials. But, at least, the rumors were true and we got what expected.

What is your impression of the new iPhone?

I'm excited. Not totally impressed because of too many changes when it comes to sim, chargers, etc.
I finally decided not to buy this Iphone5 as it costs too much. Better keep my Iphone 4 and Iphone 4S.

The hopes were not realized. I think people have many questions about the new iPhone.

To me, the whole thing seems to smack of extremely costly manufacturing)