Why jailbreaking an iPhone is too risky?

Jailbreaking your iPhone gives you access to some restricted functionality, but what's the tradeoff? 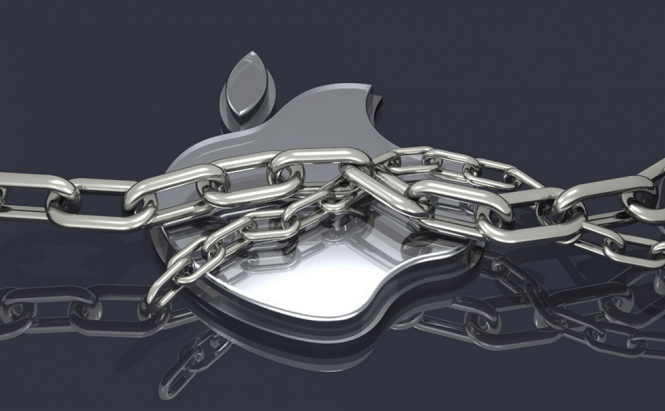 Why jailbreaking an iPhone is too risky?

As some of you may remember, several months ago I wrote a guide about how to root your Android device, yet I've never written an article about how to jailbreak your iPhone and a few of you were wondering why that is. Well, the answer to that is quite simple: it's because I'm not sure it's actually worth the trouble. So, instead, I have decided to write an article about why I don't think it's a good idea for you to do it and give some valid reasons not to.

As my colleague Haley pointed out in her article on the topic, jailbreaking any iOS device will completely nullify the warranty that you receive. This means that if there's something wrong with your phone, Apple will no longer help you for free, even if the incident was caused by some faulty hardware which is completely their fault. I know it's the same for Android phones (with most carriers), however, unrooting a smartphone powered by Google's mobile operating system without leaving any traces of your tempering is much easier than it is on iPhones.

Going against the Apple principle

I'm not sure about what you think, but from my perspective, Apple's products are this much sought-after due to three major qualities. First and foremost, the brand of the products which is one of the most popular in the world. Second, the design of all their products is spectacular (their devices are better looking, use better materials and even feel better to the touch than most of the others). And third, Apple is the best at creating the perfect hardware ecosystem, for lack of a better word. What I mean is that even if other phones / laptops / tablets are equipped with superior hardware, the components will never run as well together as they do in latest iPhones / iPads / Macs. So why would you want to mess this almost perfect system? Apple products are designed to work great just the way they are. If you want the freedom to do what you want, rich customization options, etc. simply buy an Android device which is actually designed for that.

I know many of you will simply skip this chapter thinking "Here he goes ago again, another rant about hackers and keyloggers", but you should really pay attention. Another things that Apple is famous for is that their operating systems are much more secure than the others. Unlike Android or Windows which constantly get some kind of new malware, iOS and OS X rarely get this kind of issues and that's because of the security layers which Apple provides. When you jailbreak your device you shed that protection aside, opening the door for a lot of stuff. Since today there are many apps with direct contact to your bank accounts, you won't just have to worry about others seeing your private pictures and messages but also stealing your money. Additionally, security patches won't download automatically anymore, so if a new vulnerability is exposed you won't get the patch that fixes it.

In case if you believe that such a thing can never happen, and surely not to you, think again. Recently, the entire media buzzed about malware called KeyRaider which affected only jailbroken iPhones and managed to steal credentials for about 225,000 Apple accounts. And no, the guys who got infected weren't stupid, just less lucky than you. The malware was embedded inside the app that helps you jailbreak your phone and a few others applications which most people with jailbroken phones use to gain access to new tweaks and functions. (If you're interested in reading more about this, click here.)

As proven in the previous paragraph, third-party apps (ones that aren't from the App Store) aren't secure, and even the ones from the App Store can be dangerous. Just to prove that it can be done, a team of researchers from Georgia Tech created malware that circumvented the App Store's defenses by staying disassembled until it was verified and approved, then assembled itself. Lastly, the default root password is common knowledge: 'alpine' (Apple makes no secret out of it and doesn't seem to intend to change it anytime soon), so you'll be vulnerable right from the get-go.

While the regular version of iOS is one of the most stable mobile operating systems out there, once you temper with it, you can say goodbye to that privilege. Of course if you're a tech guru, with inner knowledge about the inner workings of iOS and mobile apps, you can figure out why applications crash and how to fix it, but if you're not, you should be warned that jailbreaking usually causes some applications to work unexpectedly. Don't get me wrong, this won't happen every hour of every day, but, in my experience it's bound to happen at one point or another.

Jailbreaking can be expensive and time-consuming

Besides the many troubles you may encounter after jailbreaking your iPhone, you should also consider the ones you will have to go through while tempering with your device. As far as I'm concerned, jailbreaking process by itself is pretty simple, so pretty much everyone can do it. However, in certain instances you can do everything right, and it will still fail (it happens to a lot of people), and you will need to repeat the entire procedure. Furthermore, if the problem persists, you will need to do a full restore which can take up some time.

And another deterrent: third-party apps that offer you that cool extensive functionality that you wanted (better notifications, better SMS messages, retro game emulators, etc.) are generally pretty pricey, so if you're not the kind of guy / girl who likes spending money on the App Store, you probably won't like spending it on Cydia Store either.

Keeping your system up-to-date will be much harder

If you're reading this article, I'm pretty sure you already know this, but a jailbreak is basically a glitch, a vulnerability in the system that some hacker exploited to get full control of the operating system, then created a pack, so that everyone can use the respective weak point. Whenever Apple launches a new update for the operating system, it generally fixes the vulnerability, so if you install it, your phone will no longer be jailbroken. In case you like having the latest version of iOS, you will first have to wait for a hacker to find a new vulnerability, exploit it, then create a pack and upload before you can install it yourself.

So, is jailbreaking your iPhone actually worth it? If you're a tech-savvy person with a lot of free time on your hands and a passion for tinkering with your phone, then yes, it probably it is. However, if you're someone who doesn't want to worry about his / her phone and doesn't know how to fix the many possible problems which might appear, I strongly suggest against it. Jailbreaking isn't for everyone and could make you lose a lot of money, so think twice before doing it, OK?