There's always a fly in the ointment. iPhone 5 sells tremendously well: over the last few days of its sale, Apple was was able to cash in more than a... 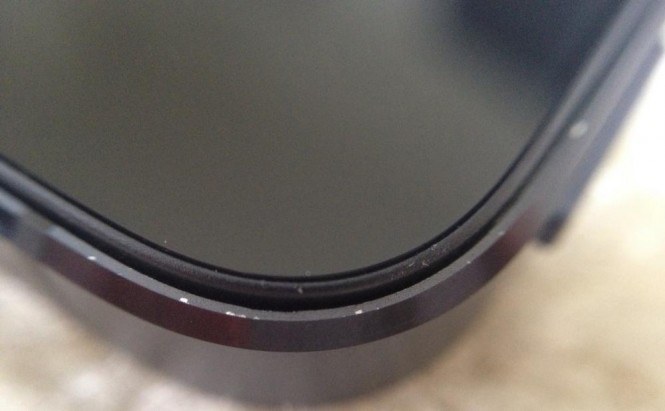 There's always a fly in the ointment. iPhone 5 sells tremendously well: over the last few days of its sale, Apple was was able to cash in more than a billion dollars for the 5 million pre-ordered devices. Had Apple disposed of more devices, the figures were even higher. However, the joy over the new iconic device warming up your pockets may be overshadowed with some technical issues a number of early adopters have reported to the world. That's why we have tried to gather the most critical issues here in one place.

That's the biggest thing in the iPhone 5 issue report. Looks like Apple has decided to make a tradition out of screen issues at the sales start: two years ago, the company faced complaints from users that the iPhone 4 screens came out in a weird yellow rash after a couple of days.

This time, the problems are far spookier: in some phones, the screens go in odd bubbles as users press them; in other phones, the ghosts haunting the devices prefer to make them flicker for no apparent reason.

Fix. If you're in one of the cities with an Apple store, you can just go there and have the haunted phone swapped out. If the nearest Apple store is several hundred miles far from you than you'd better contact the iPhone support through you national phone number you can pick in that list. The alternative variant is to consult the local witch doctor that would exorcise the evil spirits out of your devices. Joke.

Unlike the previous issue, this one is really not that serious. Some new iPhones seem to have been cracked a bit on the front side, where the casing joins the front panel, so now the LED backlight leaks in them 'under low-light or completely dark situations'. Nothing fatal. Yet, it doesn't quite fit into the iPhone's reputation and leaves behind a cheesy aftertaste: you don't want to pay $199 and sign a two-year contract with a mobile carrier to see your iPhone shining as if it had visited Chernobyl. Fix. One thing is sure: the witch doctors won't help. Again, you either go to your local Apple Store or, if you don't have it in your city, put up with it and learn to live traumatized with light leaks.

The glass back panel was a poor idea, since so many people cracked it by accidentally dropping their iPhones. That is why Apple has reacted to it with replacing glass with aluminium in iPhone 5... and that was not that great an idea either. The snag is that aluminium is a bit less scratch-resistant than the stainless steel used in the previous models, and it immediately led to the casing dents in some of the devices. As a result, if you care about the looks, you get to own a cheap looking shabby junk instead of a cool trendy smartphone. Fix. As of September 24, Apple has released no official statement regarding the issue and the ways to fix it. Keeping in mind how long it took the company to take notice of the Antennagate, the odds are Appel's reaction will follow in months if it does follow at all. Again, if you live in a city with an Apple Store, you can just visit it and get a substitute device. If you happened to live in one of the countries country where iPhone 5 is imported into, than you should put up with your tough luck and be more careful next time.

Unfotunately, iPhone 5 comes only with the pre-installed iOS 6. It doesn't require much intellectual effort to conclude that you have no choice but to use the new notorious Maps app by Apple. We have already discussed the outstanding performance of this application here (it really stands out among the competition), so we won't elaborate this topic in detail. Just one more thing that adds a nice touch to the impression from Apple Maps: even its icon offers us to drive off a bridge and take an exciting 20-foot plunge down onto the Interstate 280. Maps in iOS 6: Even the Icon Fails Hard

Fix. Apple has done its best to erase any traces of Google Maps from iOS 6 but one loophole could not be plugged even by the almighty Tim Cook: Bing, Google and Nokia map applications are still available through your web-browsers. We strongly, really stronly recommend you to take advantage of them and thus avoid finding yourself somewhere in the middle of Mohave desert instead of meeting up with your friends at a local restaurant.

Some users of Apple support forums have already shared their experiences with extremely slow or even not working WiFi connections. Interestingly enough, the same users claim the issue does not affect the earlier iPhone models. That is pretty mean: no one wants to fork out their greenbacks to discover their old iPhone works better!

Fix. Switching off LTE in your phone settings seems to help in at least a part of the cases. Keyword 'part'. If it doesn't work with your iPhone, you shouldn't despair. Another Apple support forum user says that the issue is known to AppleCare and is currently being looked into by engineers. Moreover, most likely it is a software issue, which means that it will be fixed with an update really soon. In a small number of phones, the issue may be hardware-related, i.e. you'll again either have to go to the Apple Store or accept your phone as it is.

Do you think Apple will successfully fix all of these issues?