Foxconn Technology, one of the largest electronic components makers, manufacturing gadgets for Apple, Hewlett-Packard and a number of other... 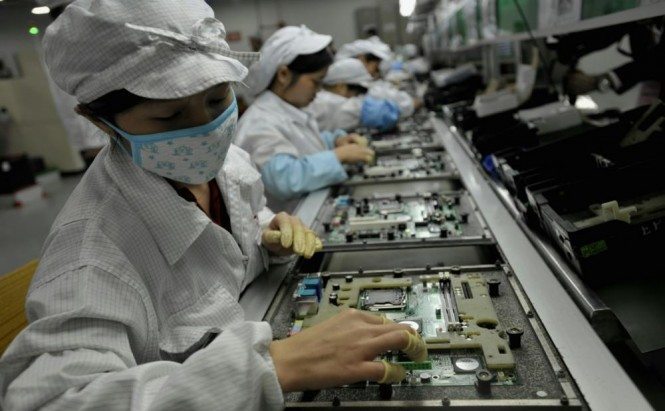 Foxconn Technology, one of the largest electronic components makers, manufacturing gadgets for Apple, Hewlett-Packard and a number of other electronics giants, has closed one of its large Chinese factories. The plant, which employs about 70 000 workers, was shut down after an early Monday fight among employees.

The company and police assert that it is still unclear what has led to the riot involving as many as 2,000 people; however, according to tech block Engadget, the result of this fracas was a security guard hitting an employee.

The Fox News reported 40 persons had been injured and hospitalized during as a result of incidence; a number of active riot participants are said to have been detained by the police.

As of September 23, Foxconn hasn't given any definitive comment as to whether its Tiayuan factory, where the fights took place, does manufacture Apple's iPhone 5. The lack of information has already led to massive concerns among the would-be iPhone 5 buyers.

The photos and videos posted on the social networks depicted lines of riot police, masses of workers and the surroundings, devastated by the fight: destroyed and littered rooms, smashed windows.

This is not the first time that a Foxconn plant has seen a violent incident. The discontent between the company owners and their employees have become quite common at this Chinese factory, manufacturing the new iPhone 5. For instance, this March saw strikes breaking out there because employees did not receive a pay raise that had been promised. Moreover, over the past year, in spite of being in demand among technology companies, the Taiwanese company has been publicly attacked by human right activists for labour abuse, poor working conditions and low wages.

What can this riot lead to?