iPhone 5 is out. Everbody's happy: the Apple fans are warming up for the be-the-first-at-Apple-Store-contest, the tech journalists are sharpening... 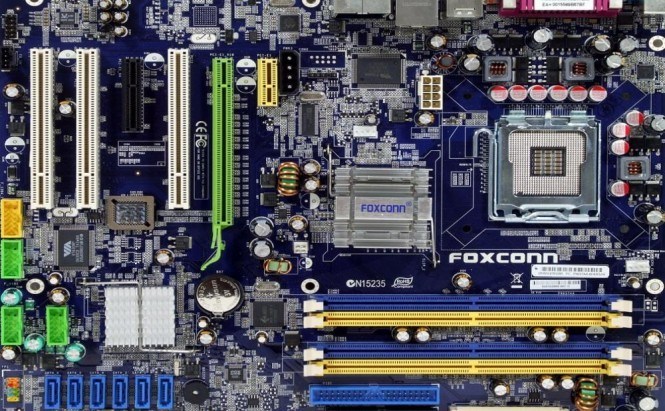 iPhone 5 is out. Everbody's happy: the Apple fans are warming up for the be-the-first-at-Apple-Store-contest, the tech journalists are sharpening their pens for the hundreds of articles about the new gizmo to come, the Apple top managers are rubbing their hands anticipating gazillions of greenbacks to flow in a couple of weeks. Everybody's happy... or almost everybody. The unanimous cheer is overshadowed by the Chinese again: a journalist of the Shanghai Evening Post has infiltrated one of the Foxconn factories in China, getting at the heart of the iPhone manufacturing...

… and what he's seen there was at least shocking. If the journalist's diary, portraying ten days of the life at the Foxconn facilities, is to be believed, then Apple seriously risks to become the target of the public outrage again.

The ten days at the Foxconn premises can be best described as a rather dystopian experience: 'The whole dormitory smells like garbage when I walked in. It’s a mixed of overnight garbage smell plus dirty sweat and foam smell.'

After signing the contract, the newly recruited employees underwent a three-day training session, where they were introduced into the company policies, which boil down to two major points:

1. 'When you leave the lab, there’s no advanced technology, you only need to obey instructions.'

2. 'You might feel uncomfortable of how we treat you, but this is all for your own good.'

Tne most interesting part began when the reporter got access to the iPhone production line. His part was to mark the back-plates of iPhone with four oil pen points and send them further down the assembly line. The repetitive, monotonous work caused terrible neckache and muscle pains. This was accompanied with the Foxconn supervisor literally making the employees to work extra five hours for the sum of about USD$4. 'This is the new [...] iPhone 5 back plate, you should be honored having the chance to produce it', that was the supervisors' phrase, supposed to encourage the workers and inspire pride in them.

This report comes at the least appropriate moment for Apple, just hours after the company presented the new iPhone 5. In the light of the new product's presentation, it will almost definitely attract massive media attention. An additional factor bringing the Chinese journalist's diary into the spotlight of the public criticism is the recent report by China Labor Watch accusing Samsung of exploiting children, The two IT giants have always had uneasy love-hate relationships, and the article in the Shanghai Evening Post can make Samsung more attractive in the eyes of the hesitating smartphone buyers who don't know which company to choose.

Is Apple to blame for the poor Foxconn working conditions?