iPad Mini: What’s All the Hype About? The occasional rumor about the coming iPad Mini, floating here and there around the Web, has recently come to... 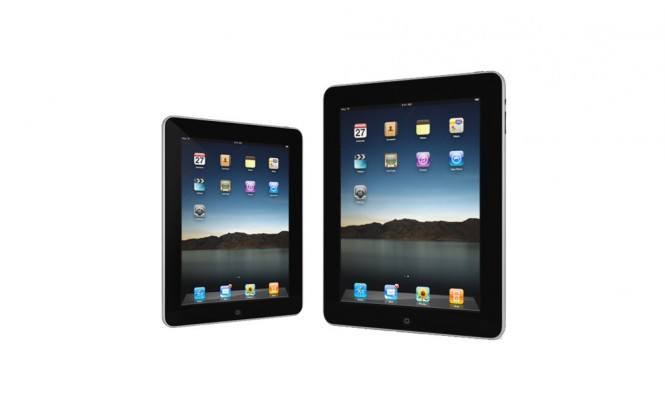 The occasional rumor about the coming iPad Mini, floating here and there around the Web, has recently come to a blast. The reason for the hype was the Chinese language blog NetEase, which published a story about the new Apple tablet being ready for launch.

According to the Chinese, the initial 6 million units of iPad Mini will hit the shelves around the third quarter of this year and will come at the price of US $249 to $299. NetEase claims that the 7-inch tablet is planned as a response to the upcoming Windows 8 devices that are to be launched this Fall. Among the alleged manufacturers are mentioned Honhai Precision (Foxconn) and Pegatron.

Don't get too enthusiastic, though: the news about the small iPad is, most likely, another canard. It's a known fact that as long as your headlines contain phrases like 'new iPad' or 'new iPhone', your page hit statistics will be rocketing up high into the sky. It's not surprising that every week sees another 'new iWhatever' hoax by one more Chinese tech site. People think like this: the Chinese are in the closest proximity to the Apple manufacturers, so they must have direct access to the precious Cupertino secrets. However, this usually proves to be wrong, because the Chinese think like that: it's so much easier to make up another hoax than sneak around Apple's factories and try to spy out what's going on there... And I think that's exactly the case with the NetEase post.

Let's look at what's wrong with it in more detail.

1. Mini iPad will come as a response to the Windows 8 devices.

I've heard about plenty of people who have switched from Windows-run computers to Macs; but I can't remember a single instance of anyone who, in their right mind and body, would adopt Windows over Mac. With the unprecedented goodwill Apple has gained among its clientèle, it would be really hard for Microsoft to challenge Cupertino's leading market position.

Moreover, the major point of Windows 8 is that this OS is supposed to create a seamless device environment form desktops to laptops to tablets to mini-tablets. The hypothesized-about Mini iPad will almost surely run on iOS, whereas the big Macs (pun intended) will stick to Mac OSX. It doesn't feel much like seamlessness; it doesn't feel like seamlessness at all, to be honest. And taking in consideration the coming era of tablet computers, proclaimed by the late Steve Jobs, it becomes unclear why Apple should want and need to make up such a seamless environment at all.

The iPad sales figures in the U.S.A. are smashing all records, leaving the competition far behind. The number of Apple devices sold in the U.S. after the launch of the new iPad hit the million mark in a matter of hours and is still growing. The number of people who own either the first generation iPad or iPad 2 is off the chart as well. And it's a complete mystery why all these people should all of a sudden feel an irresistible urge to purchase another iPad, which is just like the one they already have but smaller.

The alleged price tag for iPad Mini is just only fifty bucks less than that of iPad 2, which has not been discontinued, by the way. Now for a million-dollar question: what would you spend your 300 dollars on if you had a choice between an iPad 2 and an iPad Mini?

I gather, most of you will answer with a resolute 'iPad 2!' A minority of users would prefer Mini iPad, of course, but minorities is not an Apple thing. If those guys enter a market, they want it all.

Foxconn is alright, I agree. But Pegatron? A former Asus subsidiary? A former subsidiary of a company that works on the next Android devices line?

In a better world, this indirect affiliation with one of Apple's arch-enemies would be of no relevance, but, unfortunately, this is not true for the world we live in.