So Google have finally unveiled their crack-secret cloud storage project and brought it to the public, all in a matter of a few hours. Yes, you are... 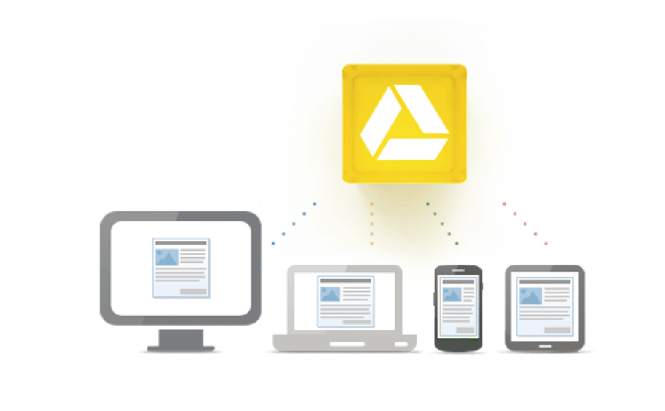 So Google have finally unveiled their crack-secret cloud storage project and brought it to the public, all in a matter of a few hours. Yes, you are reading it right: Google Drive is live and you have probably already got it.

Over the last months, we've been hearing a lot of rumours surrounding the whole cloud storage affair and how it could affect the files we've already entrusted to Google - your documents on Google Docs, for instance. What have we got in the end? Well, basically, Google Drive is your regular Dropbox: think of it as an additional personal hard drive hooked to a remote server. You get 5 Gbytes of storage free of charge (with a nice touch that neither Google Docs files nor backup copies of stored files count towards the 5-GB limit), with an option of upgrading to 25 GB or 100 GB for $2.49 and $4.99 per month respectively (and further plans bringing up to 16 TB for about $5/month per 100 GB). Which makes Google Drive considerably cheaper than Dropbox, whose 100 GB of storage would cost you $19.99 a month. But then again, the purpose of the two projects is probably quite different: for one thing, Google Drive doesn't allow you to link to your stored files (unlike Dropbox Public folder), you can only share them - the same way you shared your Google Docs documents. Secondly, Google implements various tools for you to view and edit your uploaded files without actually downloading them, image files included (yes, even Adobe Photoshop .psd files, albeit these are view-only), making your workflow cloud-powered and less reliant on offline tools in general. You do, however, get a desktop app for syncing your Google Drive with a local folder - much like with Dropbox - and it really is quite uncanny to see your Google Docs documents as physical files (.gdoc etc.), but the app is a bit rough around the edges at the moment.

The king is dead, long live the king

Another thing worthy of note is that the advent of Google Drive basically means retirement for Google Docs. The former replaces the latter completely, and your existing documents end up on your brand new remote hard drive without a trace of ever being anywhere else. It's a logical step, of course, but I still find myself looking for a different D-word on the upper bar.

I like that GDrive is available for Windows, Mac, Linux. The developers care about their users)

Nevermind, got a notice from Google announcing it was live today. Your article came out early!

Well, turns out, it was rolling out at a steady leisurely pace at that moment. I was later discussing GDrive with my colleagues, and only about half of them got it activated and ready to use, whilst the others had to wait for a notification, just like you. We theoretised that it might have had something to do with how often you used Google Docs for sharing documents (those among us who got GDrive on day one were indeed pretty steady-going document sharers and collaborators), but that's hardly more than a speculation on our part.

Is it really live? Your link is telling me it's not ready yet.

Why so cheap?! Waiting for content-related ads