What can be better than the Star Wars, old-school console games, shopping, and the Web? Only all these things combined! Therefore, the ultimate... 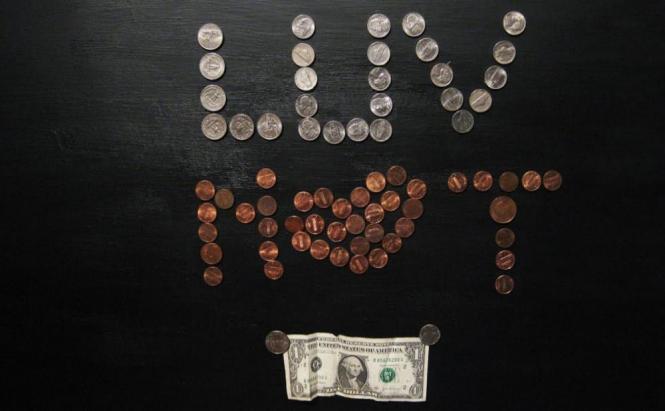 What can be better than the Star Wars, old-school console games, shopping, and the Web? Only all these things combined! Therefore, the ultimate perfection could be only achieved if there were some sort of Web-catalogs of the geeky merchandise. Wait a sec, why 'if there were'? There are some already!

So, today we' going to talk about a geekware Web-catalog. Beam me up, Scotty, we're delving into the geek world!

You think you're a smart person? Sure not smart enough to figure out what's common between a huge animatronic triceratops, a full replica of the Portal gun, and Minecraft creepers marshmallow candies. So, I'm waiting for your guesses.

They're all fictional characters? Nope, sir, the triceratops were not so fictional ninety million years ago.

Yes, ma'am? All these things are totally, hopelessly, ridiculously expensive? Nah, not even close. Though the triceratops costs 350,000 dollars, there are only five bucks on the price tag for the creeper marshmallows: more than most other marshmallow treats I saw but still not too much so that only people from the Forbes' list could easily afford it.

They're all somewhat geeky? That's closer to the truth. Closer, but you haven't hit the bull's-eye yet.

Okay, here's the answer: I've dug out all of these things on thatswhyimbroke.com. That’s why I’m Broke: The Marshmellows for Real Geeks

The first thing that comes to my mind when I think about this site is: 'Never ever dare to visit it the day you get your paycheck!' Seriously, if you happen to stumble upon that site with your bank card stacked with money, you'll be running the risk to flush all the money you have down the drain by buying all those unnecessary but so awesome things. But how is it any different any other day?

Despite the mortal danger the site poses for your wealth, the basic idea behind it is dead simple: 'That's Why I'm Broke is an online catalog and a blog dedicated to bringing you the latest gadgets, apparel, gifts, electronics, geeky things, toys, and more!' All marketing claptrap aside, the site's concept boils down to posting links to the coolest merchandise on the Web. To not sound proofless, I'll give you just a few more examples. So, the site posts include links to such awry thingies as Zombie Garden Gnomes, Giant Plush Microbes, or a Mountable Wall Tentacle.

After you've found your dream Chocolate Space Marine or Teenage Mutant Ninja Turtles Pillows, you just click the provided link and get redirected to the seller's site, where you can finalize the purchase of you yearned-for item. If you find the item is out of stock or the price tag has been changed, you can report about it to the That's Why I'm Broke team so that other users won't get upset. That's Why I'm Broke is not the only Web money gobbler around. Another potential time-and-cash-engulfer is Hammacher Schlemmer, an online catalog with the weirdest name I've ever seen on the Web. No joke, that's how it is really called and it's not even a part of the Kabbalistic cult. Hopefully.

This site is essentially different from That's Why I'm Broke because it does sell the things featured in it and not merely helps you contact the vendor. Actually, Hammacher Schlemmer is the oldest operating catalog in the U.S.: it's been continuously published for 165 years old.

To convey to you the idea of how awesome Hammacher Schlemmer is: it features a huge $100,000 killer-whale submarine. A killer-whale submarine! Its $100,000 price tag reduces the site's awesomeness to a certain extent (let alone the $350,000 triceratops), but things like the Voice Activated R2-D2 or the LED Matrix Watch save its reputation in my eyes. All in all, Hammacher Schlemmer is a way more Pinterest-like place (wink-wink, nudge-nudge) than That's Why I'm Broke. It deals with more down-to-earth things like 'the genuine Turkish bathrobe' or 'a rear-view mirror with no blind spot' and all stuff that's generally ungeeky. However, if you're looking for a present for your friend's birthday, it would be a more practical site to visit.

Which of the two sites do you like better?

Some things are not very expensive. They are great gifts for birthdays, I think.

That's Why I'm Broke is a fun catalogue, but Hammacher Schlemmer would be out of the average person's income range.

Not quite so, actually. The majority of the Hammacher Schlemmer products, presented on the site, lies in the range of an average person's income.
On the other hand, the killer whale submarine is definitely something most of us can only dream about.

Too magnetic and too expensive!