Let's take our minds off Google for a moment and talk about some other things kerfuffle worthy. Yesterday, Facebook signed a deal with Instagram... 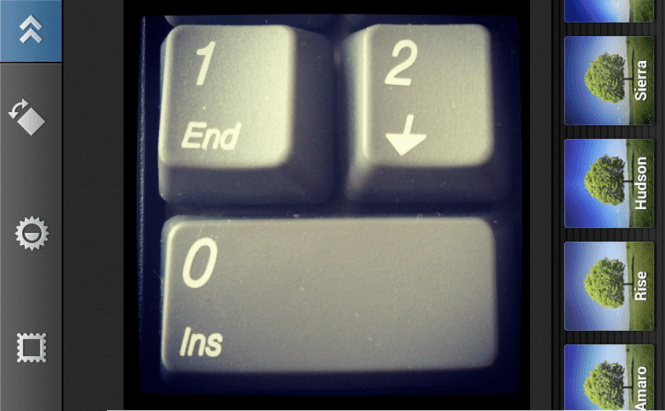 Let's take our minds off Google for a moment and talk about some other things kerfuffle worthy. Yesterday, Facebook signed a deal with Instagram acquiring the whole cosy photo sharing platform for a billion dollars.

'What's Instagram?' I hear you ask. Well, put shortly, it's a mobile app - yes, mobile only - that gives you 18 fancy photo filters to apply to your mobile photos and lets you share those photos on Instagram's proprietary social network as well as your regular Twitter, Tumblr, Foursquare, and Facebook. It doesn't have any ads, or in fact doesn't yet employ any means of monetising itself at all, so Instagram's reasoning behind the deal is fairly obvious: better make tons of money right now on the spot, rather than wait for the user base to become ripe enough to yield a billion dollars on ads and premium services. So... what's in it for Facebook?

Not much, really. Given that the said app had been exclusive to iPhone users up until a few days ago (when the Android users finally got the opportunity to chime in), the main asset of Instagram seems to be the community behind it - young, energetic, artsy, 'hip' people who long to find someone to share their progressive views with. This Apple-inclined user base may have seemed a perfect spot for Facebook to find their footing in the Apple community and gradually pave their way towards the rest of the Apple demographic. This, in turn, would imply that since the deal had apparently been in the talk for quite some time, Instagram's expansion to Android was nothing more than a marketing ruse and an attempt to speed up the decision making processes in Facebook's head: after all, Zuckerberg & Co. would hate to lose the deal to Google+, the intended audience of the expansion. However, we can safely assume that Google were not as close to stealing the deal as some might think: for one thing, the Android community wasn't as trigger-happy as that of Apple in its rush to embrace Instagram: if anything, the Android users were driven by sheer curiosity and the desire to find out what the hype was all about, and not by the fancy filters and a pack of 'hipsters' that came bundled with them; in addition, Google themselves are not that wobbly-headed to fork out a billion dollars for a pack of sepias and a user base that may or may not turn out profitable - there are plenty of similar toys under their belt (Path, Lightbox, PicPlz, etc.). Conversely, it can also be said that the same young and 'hip' people that Instagram boasts as its primary demographic are likely to already be using Facebook on a daily basis, and to have shared a lot more geo- and people-tagged data on Facebook itself rather than on Instagram - so there's hardly any significant gain in the user database to talk about.

Still, it may not have been a rushed decision after all. Yes, it's true that Instagram hasn't made any significant money on its own. Yes, it's true that there hasn't been a single case of anyone making a billion dollars on in-app ads, however great their product is. But there's no denying that Instagram can turn a profit. Facebook are often quoted as saying that mobile platforms aren't too high on their list of priorities - not least because of how hard it is to monetise Facebook on them. Now, Facebook may only have a very vague idea of how they're going to monetise Instagram, in addition to their own mobile platform, but at least their move shows their genuine interest in doing so - which may work in their favour during the IPO. Will the whole thing turn out successful in the long run? Only the long run will tell.

Is acquisition of Instagram a smart move on Facebook's part?

Previous story Google, Got a Secret? Next story Drawsome!

It seems so. Zuckenberg is not dumb. It's said mobile photo sharing was Facebook's weakest point. So the team decided to pursue a preemptive tactic. Here it goes! Facebook has bought an app with a great amount of users that was a potential threat to it. And how nicely Zuckenberg put it to words: we just want to improve our photo experience.

Absolutely. Let them have Pinterest too, and may all three gloat into oblivion enjoying the short-lived hype that sustains their phantasmal existence. What is it with this fad of boasting pictures of things anyway? I mean, look at Google: they're at least decent enough to be building up to Schemer - making it cool to *do* things, not to take pictures of them. I'll admit to the curiosity bit: I did install Instagram when it came out for Android. First I clicked a bunch of oddly-named filters. Then I was told to go to hell because someone didn't want Android users to comment on their photos. Then I perused the currently trending photos and discovered that the most-liked picture, of all the cats and trees that were there, was that of a shirtless man with a fishing rod. For crying out loud.

As for the smartness of Instagram acquisition, there's not very much to say, unless we do know for sure what Facebook's plan for the hipster photo service are. At any rate, this one-billion purchase is very similar to the police violence: it's been carried out under the motto 'Because we can!'