How To Keep Yourself Safe On Social Networks

Social networks are a very important part of our lives, but so is our security. 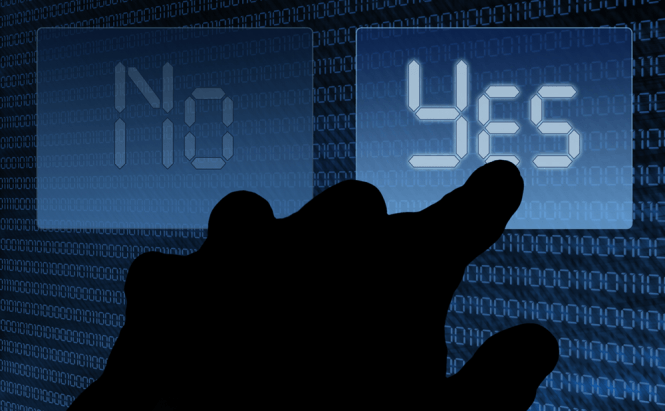 How To Keep Yourself Safe On Social Networks

Social networks are increasingly popular and have quickly become an important (if not the biggest) part of our lives. However, there are still a lot of people who think that just because things happen in the "computer" world, they can't have a drastic impact on their "real lives". For example, if a stranger walks up to you on the street and asks you for your full name, address, date of birth and family members, you would probably be inclined to call the cops. But on social networks, many users give out this information to people they know nothing about, without even having a second thought. Just because social networking happens on the Internet doesn't mean that you shouldn't protect yourself. Here's how to do it:

Whenever you sign in to a social network, website, forum, etc., you need to fill out a form that contains (more or less) personal data about you. Every time you fill one of those forms, your first thought should be "who sees this information?" To gain control over this aspect, you need to check the privacy settings on your account and make sure that strangers can't see your full name, your address, etc. Truth be told, there are details that not even your buddies should know, but we'll get to that later. Twitter is pretty solid when it comes to privacy, as it automatically refuses to share too much stuff, but other networks, like Facebook, LinkedIn or Google+ have "lackadaisical" default privacy settings, so you really need to change them.

As I said before, certain things simply shouldn't be posted on the Internet at all. For example, sharing your date of birth or maiden name can give someone who is trying to steal your identity a huge advantage. If you really want all your friends to wish you a happy birthday, at least leave out the year when deciding what to share. I hope I don't have to tell you that other things, such as banking information, social security number, etc should never be posted on the Internet. Furthermore, whenever you share your thoughts, ideas, photos or videos, just try to remember that what happens on the Internet stays on the Internet, and not in that cute Vegas way. Once something has been online, it pretty much can never be deleted. Furthermore, certain posts may even keep you from getting a job you want or get you fired from the one that you have now, so beware of that.

Avoid befriending people you know nothing about

If you've tightened the privacy settings like we discussed in the beginning, then you know that when you make someone your friend, you give him or her access to some of your personal data. Like with any relationship that you form, it would behoove you to know that person before letting him into your life. You probably already noticed, but there are a lot of freaks, trolls and other kinds of people on the Internet, so it's never a good idea to let your guard down completely.

Be wary of links, friend spamming and cyber-bullying

I know it's tempting and very trendy, but trust me when I tell you that location sharing is not the smartest thing that you will ever do. There are two important side effects that you may not have taken into account: first, a stalker or another kind of Internet creep will instantly know exactly where to find you. Secondly, other kinds of people, e.g. thieves, will know exactly where you are not. Especially if you are gone for the weekend or on a holiday, your location sharing might actually be construed as an open invitation to raid your house by some people.

A strong password makes it very hard for a hacker to get into your account. What is considered to be a strong password? One that contains at least 12 characters, which includes capital letters, digits and symbols, and, if possible, that won't make sense to anyone else. Here's an example: take a phrase that describes something you do like "I go to the gym every Saturday." and write it like this "!g0ToGyMs^7urD4y". Furthermore, most social networks now have a two-step verification system which requires two devices in order to log-in to your account. Signing in may take 10 seconds longer than usual, but it makes it much harder for anyone to take over your account. Last but not least, don't forget to use reliable security tool as no password in the world, no matter how complicated, can protect you from keyloggers, man-in-the-middle attacks or other such perils. In my experience, a decent antivirus, such as Norton or Bitdefender, running along a malware/spyware detector like Malware Bytes would keep you safe in the majority of situations.

Educate Yourself And Those Around You About The Possible Perils

If you are reading this, then you are already educating yourself, so there's no need for me to go further with this. However, don't forget that other people you care about, especially children, may not have your common sense, so you should explain the dangers that they will face before introducing them to the Internet world. It might also be wise to check up on them from time to time to make sure that no one is taking advantage of their naivety, but be careful as to how you approach it - they might resent you for not trusting them.

Precaution is always better than Cure.

This article has nicely covered every aspect of online security that an Internet user should know before using social networks.