Joe Sullivan, Facebook's Chief Security Officer, has downright stunned the privacy guards with the news that Facebook is pro-actively hunting down... 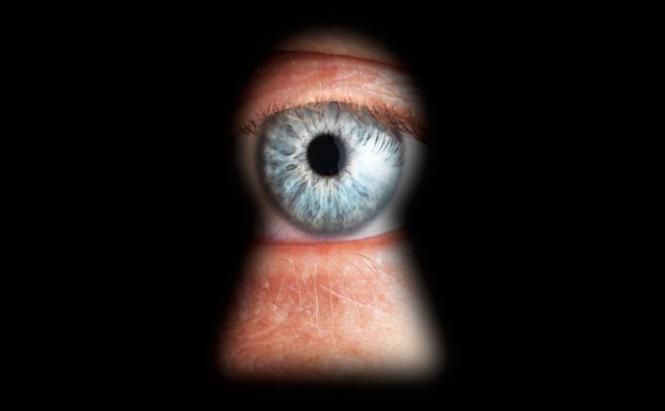 Joe Sullivan, Facebook's Chief Security Officer, has downright stunned the privacy guards with the news that Facebook is pro-actively hunting down sexually deviated people. Even though the implemented procedure is hugely efficient, privacy experts fear that the tables may eventually turn and the social network will also be used for watching and tracking down people involved in other criminal activities, meanwhile turning our social network accounts into a surveillance booth.

A thirty-year-old man from South Florida was hoping to meet up with a thirteen-year-old girl after her school, and he had somewhat indecent intentions. His big mistake was to chat with her about it on Facebook, as instead of the young Lolita he got to see police officers at the meeting place. The new chat scanning mechanism had given him away to the law with the whole schmear well documented and evaluated.

As Joe Sullivan explained in his avowal to the press, not so long ago Facebook brought into use special software reading all of users' chat conversations, searching for certain keywords. As soon as these words are detected, the software starts ringing alarm, and the helm is then taken over by human moderators. In order to minimize the number of false detections, the keyword search is supplemented with additional social sphere analysis. The program estimates the age difference between the interlocutors as well as the existence of any previous communication between the two. The analysis results are subsequently handed over to the authorities an can be used in court.

Sounds better than it actually is. The care for our children is highly praiseworthy, that's true, but there is a whole sieve of loopholes available for each and every person that would like to abuse the technique. First, analyzing the social interactions doesn't make that much sense in the form that was presented to the public. The figures clearly show that children tend to become victims of people they already know and only a relatively small part of child abuse crimes is committed by strangers. Accordingly, it would be more logical to keep a closer eye at the communication between the family friends or school teachers and kids. However, even if Facebook makes this drastic step for the sake of our kids' future, it will hardly shout about it from the rooftops, since it would be too dubious even for Zuckerberg's social empire.

The second and larger concern is that if Facebook is making use of that technique to track down child abusers, why wouldn't it apply the software to other kinds of surveillance? Determining potheads and conscripting file hosting users to the law's black lists - this is the least I can think of. Although preventing committing illegal activities is one of the causes the state should pursue, I am absolutely sure it should not happen at the expense of my privacy and freedom of speech and thought.

And currently, I will never even know I am being surveiled, as the law agencies can very easily impose the pledge of secrecy on Facebook. In fact, there is little chance to find out whether they are not doing it right now. Honestly, how could you possibly check if Facebook is scanning your private chat messages? Combined with the face recognition software the site started implementing quite a while ago, the new chat scanning utilities give us quite a scary picture of the ubiquitous all-seing Eye of Facebook.

At the end of the day, wouldn't it be a better idea to work out the control mechanisms first, before launching that almighty FB overseer? Huh, Mark?

Do you think Facebook scans our messages for purposes other than declared?

It'd be silly to deny such an obvious fact

Surely, it's extremely annoying and irritating. That's the reason why I don't discuss my private issues in social networks limiting myself to idle talks. However negative I treat Facebook's politics, my heart does fill with joy when I think that it has saved the kid.

"I am absolutely sure it should not happen at the expense of my privacy and freedom of speech and thought." - Maniacs also think so. Huh?

As well as spies. So, Stalin and Hitler were right?

I prefer to lose a certain piece of "privacy" if it saves someone's virginity.
For that purpose, there's no need to kill millions like Hitler and Stalin did.

I think that depriving people of their privacy was what allowed them kill those millions.

Depriving people of their privacy under any pretext whatsoever leads to supression of democracz and ultimately to its degenration. Next time, they'll want to install video surveillance in each house to make sure you don't rape you kid.

I totally agree that the virginity of our children is a very important stuff (as if so many of them are still virgins when they're sixteen), but privacy still has the top prioirty in any democratic state. The police should think of another way of sniffin out the pedo guys without letting anyone poking their nose into my private messages.

Any way to sniff them before they act breaks their "privacy".

You mixing the things up. One thing is to watch someone who is weirdly behaving. Watching everyone to find out who is behaving weirdly is a completely different thing.
Following your way of thinking, we should pro-actively scan everyone's private corrrespondence to track down potential drug pushers and gun dealers. As well as people committing any other felony. At the end of the day, it's not that different from child abuse, is it?

What a thrilling kind of following my way of thinking, continue please )))

What a constructive way of disproving criticism, continue please )))