The yet-CEO of Digg.com, Matt Williams, has announced today that the site has been acquired by the Betaworks tech company. Betaworks' founder, John... 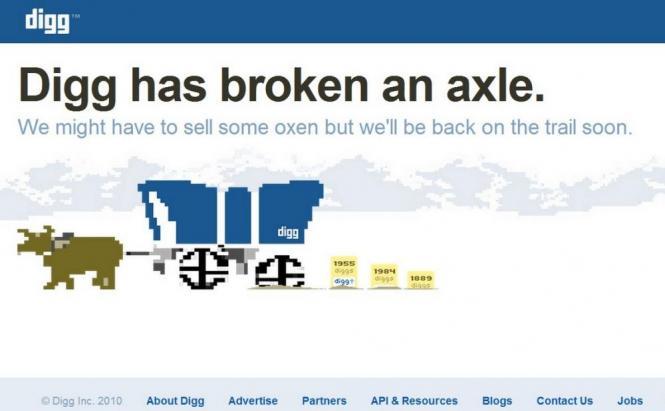 The yet-CEO of Digg.com, Matt Williams, has announced today that the site has been acquired by the Betaworks tech company. Betaworks' founder, John Borthwick, is going to become the new Digg CEO, and, to all appearances, the current Digg team will be let go. However, the most remarkable detail of the deal is its price. Rumor has it that one of the pioneer social media sites has been sold for the mind-blowing sum of $500,000.

Four years ago, back in 2008, Google nearly acquired Digg for $200 mln. The site's founder, Kevin Rose, once stated he got an $80-mln offer, but it was declined by the board. Now, there is a persistent rumor floating around the Web that Digg has been bought by Betaworks for one four-hundredth of Google's offer.

The reason for such a rapid decline of the erstwhile social Web leader is, apparently, mismanagement. The number of questionable changes that Digg saw in the past years has scared off too many users. The biggest mistake made was a failed site redesign in 2011, which led to Reddit, Digg's arch-nemesis, overtaking it in the visit statistics.

However, the hardly believable price of $500,000 has been dismissed as a false rumor. The actual sum of the deal amounts to around $16 mln, with some other acquisitors apart from Betaworks involved. So, many of the Digg technical engineers were reported to be hired by the Washington Post, whereas the biggest money chunk came from LinkedIn, which bought a package of Digg's patents.

Still, this is sad. The site that once was the front-runner of the Web 2.0 revolution is now but a shadow of its former self. The site only has 7 million unique visitors, which, compared to its figures three or four years ago, before Facebook and Twitter became so massively popular, is utterly ridiculous. Digg was worth more, both literally and figuratively.

Do you visit Digg.com regurlarly?

Previous story The First Trojan Infecting Apple App Store Next story Does Facebook Watch Us All?