Google, Got a Secret?

Can you keep it? Swear this one you'll save, better lock it in your pocket. These are words from one popular song by The Pierces. There is no doubt... 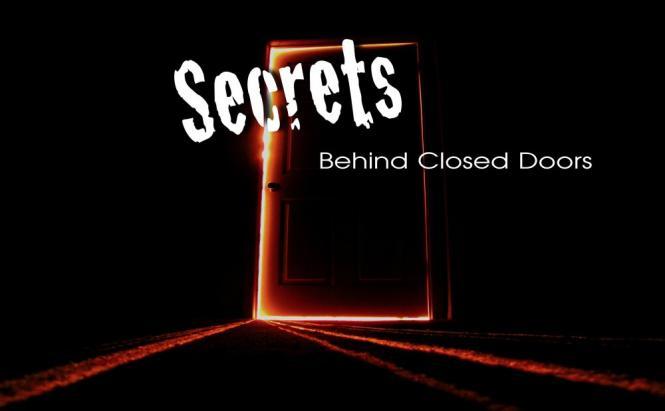 Google, Got a Secret?

Can you keep it? Swear this one you'll save, better lock it in your pocket.

These are words from one popular song by The Pierces. There is no doubt that everyone has secrets, and obviously Google like any other giant company is not an exception. What happens behind their doors? Let's try to guess what Google is hiding.

First of all, it is said that there is no clean water. What does that mean? Google's workers don't drink clean water? Oh, no. It is just that Google is trying to save money and our environment by using sewage water circulating through servers to cool them. Greenpeace really likes this idea, as well as Google's attitude to looking for more efficient ways to power their data centers across the country without causing any pollution in general.

How do they achieve it? Over to Google: "A typical data center can use hundreds of thousands of gallons of water a day. When we first built the Georgia facility in 2007, the water we used came from the local potable (drinking) water supply. But we soon realized that the water we used didn't need to be clean enough to drink," they said. "So we talked to the Douglasville-Douglas County Water and Sewer Authority (known locally as the WSA) about setting up a system that uses reused water-also known as grey or recycled water in our cooling infrastructure," they added.

Thus, Google and the county built a water plant about five miles west of the county's main water plant. There they divert up to 30 percent of reused water to their data center for cooling. What's left of the water after cooling their servers is treated on site and brought back into the river as clean water. Good job!

The second secret is that inside Google's massive data centers, in some cages the lights are on, but they're off in others. Why is it so? Are Google's workers vampires and are afraid of the daylight? Oops, vampires can't bear sunlight but feel good with daylight. Bad guess. So, what does Google hide in those unilluminated cages? Maybe they need those places for exhausted workers to relax and sleep for a while. In fact, the answer is strikingly simple, since Google are too much worried about spies trying to find out what software they are using. Thus, even if a spy gets in there, he won't see the whole picture due to this trick with the lights.

The third interesting fact is that Google is buying up all those dot-com era PCs. It's only half-truth. The thing is that Google uses shipping containers packed with cheap home-made PCs instead of expected expensive mainframes. That means that Google, like any other global company, is minimizing expenses.

That is what we managed to discover about this Giant Corporation. But it's clear that the company will take its deeper secrets to the grave.

Do you believe in Google's secrets?

Google came in under the radar and now is pretty much dominating the market. Yahoo had facebook bought for $1 billion and then dropped it to $850 million so Facebook walked. Google snapped up youtube another smart move. Google already has a payment gateway and I say open up a Auction Site to compete with Ebay as a lot of people don't like selling or buying on Ebay.

Mysteries and secrets are a part of our life. We can't live without them. Just imagine than we know everything about Titanic, Nessy and even all secrets of your friends! Awful! And boring!

Yes, I do. I can't imagine anyone without having any secrets.

Not all, most of them.

Wow! What do I say? This is amazing!

Yes, I do. I can't imagine anyone without having any secrets.

If Goggle really employs all these tricks, I'll take my hat off. It's a great joy to find out that so giant companies. like Google, are concerned with the question of the environment. That is a bright example to model for other corporations.
By the way, what is the source of the secrets? Are they reliable?