How Google Is Trying to Change the World

Google is constantly working on breakthrough innovations, altering the way we interact with technology. Its new ambitious projects have every chance to change our world again. 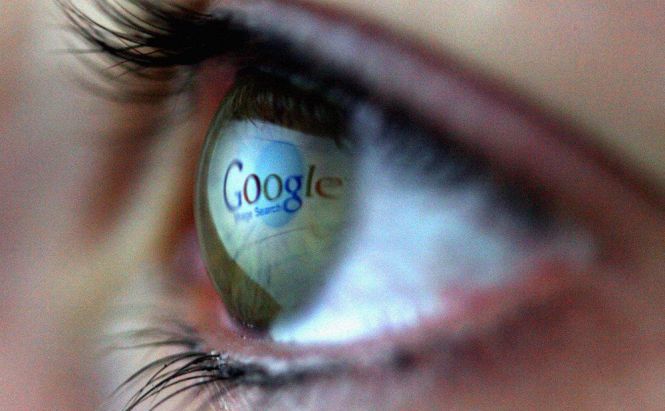 How Google Is Trying to Change the World

One of the largest Internet companies is constantly working on breakthrough innovations, amazing us all the time and changing the way we interact with technology. Not every attempt is successful though: some projects don't go beyond the prototyping phase, other projects, like Google Glass, have been put on hold for redesign. However, the corporation doesn't stop investing in new ideas and its ambitious projects have every chance to change our world again. For those who don't know, Google has a top-secret lab, called Google X, where teams of inventors and engineers are working on the implementation of the most fantastic projects. Among the lab's projects are innovative Google Contact Lens designed to measure the wearer’s blood sugar levels, Project Loon, balloons delivering Internet even to the most remote areas, and Hoverboard, a self-balancing electric board allowing for levitating, which was inspired by the Back To The Future movie. All these ideas undergone a rigorous selection and were chosen according to three main criteria: they all were found demanded, obtainable and offering a radical solution (the more fantastic, the better). But some revolutionary ideas were nevertheless rejected. Google hit a wall on its elevator to space due to the lack of building material and decided to stop working on teleportation as it was considered to violate laws of physics. The company's interest to the new technologies doesn't end on the lab. The leading Internet company invests in inventions that may become a technological breakthrough in the future. Recently, it has been reported that Google, along with Fidelity, has put a billion dollars in Space Exploration Technologies Corporation, also known as SpaceX. Elon Musk, the founder of SpaceX, describes the system as “a giant global Internet service provider”. He's also sure that the system will help to form the basis for future colonization of Mars. At the moment, SpaceX plans to launch 700 satellites bringing the Internet across the globe, even to the most remote rural parts of the world. As the satellites are rather expensive to build and launch, each of them costs several million dollars. But for such Internet giants as Google and Facebook further development of the Internet is a crying need. Since the markets in the developed countries have long reached a saturation point, it's high time to move to the areas where the access to the Internet is limited due to geographic or economic conditions. The Musk satellites will allow for delivering the Internet to the distant areas while Google Loon (a global network of balloons traveling around the world) will bring the Internet to the citizens of poor countries in Africa.

3. Car from the Future The ambitious project of creating a self-driving car has ceased to be fiction. Last May, Google demonstrated a prototype of the car with no steering wheel and pedals, but only two months ago, a fully functioning prototype was revealed. The project still has many issues to consider. The design of the vehicle seems, to put it mildly, rather weird, resembling a Koala bear. Moreover, the automatic car has troubles with the law, since the operation of autonomous cars is allowed in only four states: Nevada, Florida, California, and Michigan. Nevertheless, Google's driverless cars have already collectively logged more than one million kilometers. The company has hired Roush Enterprises to build 150 prototype Google autonomous vehicles and expects people to use them on public roads in two to five years. Not every Google idea come to fruition. Recently, the company has announced that it would stop selling Google Glass, one of the most ambitious projects on the market of wearables. The smart glass was designed to perform the functions of a smartphone allowing the wearer to receive phone calls, send texts, and take photos and video. But the eyewear raised privacy concerns as in some cases filming people without them knowing about it could breach the Data Protection Act. Google Glass was soon banned from bars, restaurants, movie theaters, and other public places. The wearable was even called "one of the most privacy invasive devices ever" by the Consumer Watchdog's Privacy Project. But what's even more important, the new gadget suffered from lack of customer enthusiasm. Some thought the design of Google Glass looked plain, others considered the $1500 price tag too high for a gadget with a rather limited functionality, as there were very few apps developed for it. As a result, Google stopped producing Google Glass in its current form and moved it out of Google X research lab into a separate corporate group, where the new version of the device will be developed.

But Google doesn't seem to abandon the idea of altering the market of gadgets. Currently, it is working on Project Ara, a modular smartphone, that can be built by anyone from various modules according to the owner's choice. Recently, the company has announced that it will begin pilot testing of the product in Puerto Rico. And as Google hopes, a basic version of the Ara device will become available for only $50-100.

Which Google projects will become a success?
View results

Don't understand why they are planing to launch the self driving car. I think it's more risky to fully depend on a machine..

Well, research shows that 90 percent of crashes are caused by human error, so here the benefit of a self-driving car is pretty obvious, isn't it?