Are you curious to find out why would a project designed to bring free Internet access would generate such a huge backlash? Let's find out together. 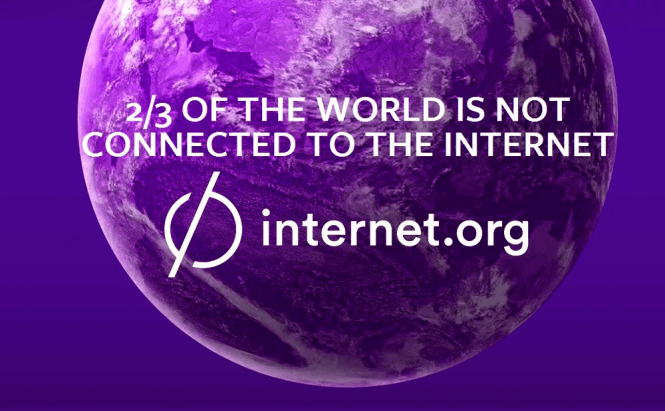 As you probably already know, Facebook is offering a service called Free Basics in some developing countriesÑŽ It allows people to access the social network without paying for the Internet that they use. However, two governments have already banned the service from the countries, and the initiative generated a huge backlash on the Internet. If you're wondering why a free Internet service is so unwelcome, here you may find some of the answers that you wanted.

I guess that I should start at the beginning and tell you that this initiative isn't recent and that Facebook has been dabbling with these things ever since May 2010, when one of the company's execs came up with the idea for a project called 0.Facebook. In simple terms, the IT giant created a stripped-down, text-only version of the social network, then made arrangements with mobile operators to allow customers to connect to Facebook via the 0.Facebook URL for free, but for a limited amount of time. As an additional bit of information, the social network didn't actually pay the mobile operators for the bandwidth that was consumed, but instead convinced them that this will raise people's appetite for an Internet connection on their mobile devices. Soon after, other Internet giants like Google and Twitter created their own "Zero" programs, and this is how, three years later, the Internet.org initiative was born.

At least in theory, Internet.org is an altruistic project designed to find ways to connect the entire population of the world to the Internet. There were many solutions for achieving this goal such as building cheaper smartphones that everyone could afford, decreasing the requirements for specific apps that connect to the Internet, and so on. Also, in the beginning, Facebook had a wealth of important partners such as Samsung, Opera, Qualcomm, Nokia, Ericsson and MediaTek, so this ambitious initiative seemed achievable. However, things took a drastic turn when some of the original members - Samsung, Ericsson and Qualcomm - separated from the initiative, and Internet.org gradually became what we now know as Free Basics, offering its users free access to a limited part of the Internet that includes Facebook, Wikipedia and several weather websites.

So, why did India and Egypt ban Free Basics? The two governments had completely opposite reasons for that decision. While Egypt wouldn't want anything to do with the Internet that Facebook was providing, because the IT giant wouldn't allow the Egyptian officials to monitor online activities of their citizens, India's government banned Free Basics to uphold the principles of Net Neutrality and, in a way, its own sovereignty.

Here's the problem: one of the most important principles of the Internet is the one called Net Neutrality. It states that all information must be treated equally. In simpler terms, no Internet provider can charge different fees for different websites. Thought it may seem a bit complicated at first, this principle is actually very useful, as it doesn't allow Internet providers to take more money from mammoth companies like Facebook, Google, Amazon or others in order to make their websites easier to access. If such a thing was possible, startup companies and websites with low budgets would have a very small chance of having any kind of online representation. Since Facebook's Free Basics practically provides Internet access, but charges differently (Facebook and a few other sites are free, while for the rest of them you have to pay), the service is clearly illegal.

Another problem with Free Basics is that Facebook tries to make it look like a highly charitable gesture, when, in fact, the IT giant gets a lot of money and power from it. Why? Because anyone who would want to create a new company would be forced to partner up with the social network if they wished to reach people on the Internet. Here's what the IT giant itself has written on its website dedicated to developers: "Why would I want to add my service to Free Basics? [...] By adding your website to Free Basics, you can grow your audience by providing affordable access to your services, scale the social impact you’re already creating, and establish your brand early in emerging markets." They are absolutely right, as even the smallest advantage you can get on an emergent market is very important. This is why allowing the company to decide which messages can reach the public and which can't gives Facebook way more power than it's supposed to have.

As a final word, I'm a grown man, so I no longer believe in fairy tales, and I know that everything comes at a cost, even the things advertised as free. However, if I were to choose, I would prefer backing up Google's free Internet initiatives such as Project Loon or Project Titan rather than Facebook's Free Basics. I'm fully aware that Google plans to make money with these projects, most likely by collecting traffic data from everybody who uses its Internet service, but at least it will offer unrestricted access to the entire Web, not just their own services or the ones that pay them.

Previous story Microsoft introduces a wealth of new features to OneNote Next story Is there such a thing as a free Office 365 subscription?