Technology is the future. And the pace with which its influence on our lives increasingly spreads is truly amazing. 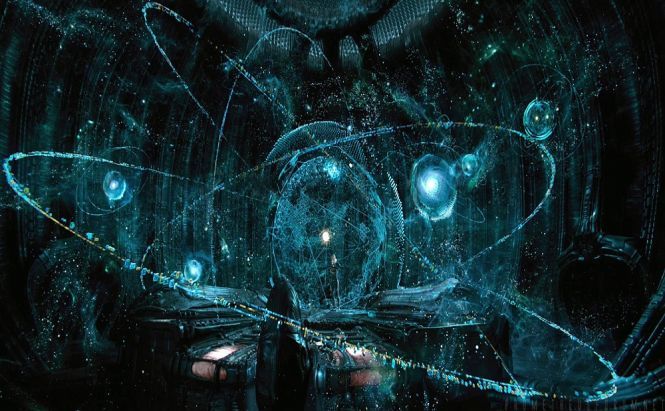 The outgoing year has been immensely rich with inventions that have never been seen before. We tried to cover some of them in our news, but there is no way any team can keep pace with science. In this article you will get acquainted with tech trends that will probably bear the strongest impact on the future of humankind.

The easiest way to see the future is to have a look at small children. Nowadays a three-year-old can unlock a smartphone, launch an app and play different games on a tablet, smartphone or laptop. Nothing special you think? Well, try to recall what you were doing when you were three years old? Personally I was mostly busy eating the contents of a sandbox and trying to put beans inside my nostrils. But never mind. What I am driving at, is that technology revolutionizes not only the things around us, but ourselves as well. So let's have a look at some of the most promising tech trends of 2014 that are most sure to make things go around differently in the future. Probably one of the most awaited inventions in the gaming industry this year. Shortly after the announcement of OÑulus VR headset, such tech giants as Samsung, Sony and Valve have also joined the Facebook affiliate in the race, which granted a secure future for the gadget. The year 2014 was a sort of a turning point for the tech initiative teams as the first more or less usable headsets like Samsung's Gear VR have finally hit the markets and opened a great gateway for indie game developers. Though primarily the device is created for gaming purposes, the potential of complete immersive motion controlled 3D reality goes far beyond entertainment. Nowit's only a question of time and software before Virtual Reality headsets unleash its full potential. The Rise of Drones

I know, right, this one has been around for quite sometime already, but with the whole buzzing around the drone stuff this year, I couldn't help mentioning this cool technology here.Drones have grown so popular, that Amazon even added a separate drone section on its Store. Drones are not only a great source of entertainment but also a powerful resource for creative people, as never before has the copter survey been so easily accessible. Though the commercial use of drones is still generally banned, with such megacorps as Google, Amazon and DHL 'at war' with the government officials, we might be able to get stuff delivered to our doorstep sooner than it was stated earlier. A Handful of Gadgets

Google Glass, Smartwatches, Health Trackers and many other wearable gadgets have entered our life so easily and so fast that we didn't even have the possibility to notice it. Probably this invention was so logically correct and well-timed, that its introduction was only natural. Well it does still seems a little bit strange to see a person talking to their Google Glass, but, hey, it's less than a year after the first 'stable' release. One of the coolest features of the Glass, to my mind, is how it uses Word Lens (a piece of software that automatically translates the text you see). Gosh, this looks just like John Carpenter's “They Live”,but without all the alien stuff.While everything seems clear with the future of the Glass, there are still lots of disputes around smartwatches. In particularly, will it ever replace mobile phones or remain as an additional accessory to the more conventional medium of communication. Probably, the answer is no, at least not before the introduction of interactive holographic interface, which might also come into reality pretty soon. This year has seen lots of new technological inventions, but none of them looks more promising than 3D Printing. The introduction and spread of this technology might have the most powerful impact on the way everything is produced. Literally everything: starting with tea pots and ending with fully functional automobiles. Even today the idea of being able to print a usable 3D object sounds fantastic, but think of a technology being adopted by full-scale manufacturers!And as some of the companies already started introducing the technology, it is only a question of time before the good-old assembly line becomes an artifact. Surely, the spread of this technology (as well as many others like electric cars) is most likely to be held back artificially, as there is no possible way to imagine how it would affect the world economy. It was a difficult task to choose between 3Dprinting and this one, but I've picked Emotive for a reason. But first things first. What exactly a brain-computer interface is? Well, folks, it is an absolutely new step in human-computer interaction which actually allows you to control a PC with your brain. Right, everything is correct, it is as true as it is fantastic. The moment I heard about Emotive, the first thing that came to my mind was Evangelion series (or the recently released Pacific Rim if you are not into old anime). Surely, the technology is far from being that advanced, but this is what they call cutting edge. This wearable headset is wirelessly connected to a PC and you need to create a profile using the accompanying software, so that the device could adapt itself to your personal brainwave activity. It's not an easy task, though, as you have to maintain concentration in order to make the thing work. So, the reason why I've chosen this invention is that unlike the others, it also may evolve us, not only the things around. I cannot deny that the idea is really scary, but think how it can help us improve the way our mind works, help us shape our thoughts and unveil the hidden resources of our brain. Plus, you'll be able to throw things with your mind like those guys from Star Wars. Follow the link to watch the video for more details.

There are a lot more interesting futuristic initiatives that I can't cover within this article just because it would take centuries for me to write and for you to read up to the end. But I would also like to recommend that you get acquainted with such titles as The Venus Project (a worldwide initiative that aims at creating a whole new type of hi-tech society without politics) and Mars One (a project to establish the first human colony on the Red Planet by 2024).

Do you think that technology evolves too fast?
View results