Some more details have been revealed in addition to the very small amount of official information about Google's Project Glass. This Wednesday... 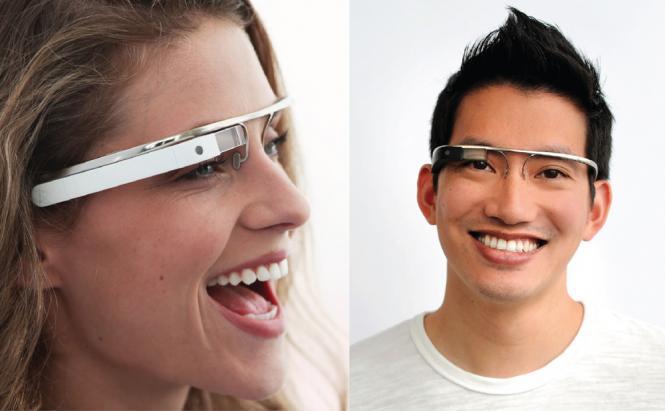 Some more details have been revealed in addition to the very small amount of official information about Google's Project Glass.

This Wednesday, Google has decided to uncover some more information about their augmented-reality glasses. The leading figures involved in Google's "Project X": Steve Lee, Babak Parviz and Sebastian Thrun - posted a few photos of the high-tech model and shared a video advertising what the invention is planned allow you to do. The demo glasses demonstrated in the video "Project Glass: One day..." have the information streamed directly to their lenses and include such functions as text and video chatting, in-built GPS tracker, calendar reminder, music player, camera and more.

Although the augmented-reality project suggested in the film seems strikingly innovative and is announced to be under testing at the moment, there are absolutely no confirmed sources of information whether The Project Glass will look and function exactly like the prototype in the photos and in the video; and all the more there is no information about the official release of a consumer-ready product. Previously it was reported that the glasses would have the shape of Oakley Thump sunglasses, but as we can see in the concept photos, the new design of Google glasses is quite different. Google is supposedly developing a number of various design concepts, among which there could even be a pair of augmented-reality contact lenses.

There are still loads of controversial issues around the project, and the current news fuels even more debates as it is still very hard to imagine how it is technically possible to squeeze all these components into such a small device.

I hope I would be able to do it since I'll need them with diopters.

Yes. Cool! I have recently had a multifocal lens implant in my eye to fix a cataract. I look forward to one day being able to have a smart screen implanted.

I have no objections to the Google Glasses, as well. I like that they don't discomfort people wearing spectacles. It's only a project but just imagine all people had glasses alike. The world'd resemble the robots' one)

I'm sure Google Glasses v.2 will have pluggable lens with adjustable diopters.

You gotta just tell what you're doing: reading a book or watching the stars.

Yes of course I would.

Yes, I would. I think they are really cool. Talk about hands free devices, this is the ultimate in hands free. Forget about using a GPS when you can view a map right in front of your eyes.

It's so weird: to scan the street for cars to cross the road, and suddenly see the large 'Jess wants to talk to you' shield in front of your eyes... Even scaring, perhaps