All you need to know about Cardboard VR Headsets

Looking for a cheap way to test out VR technology? Here's the answer you were looking for. 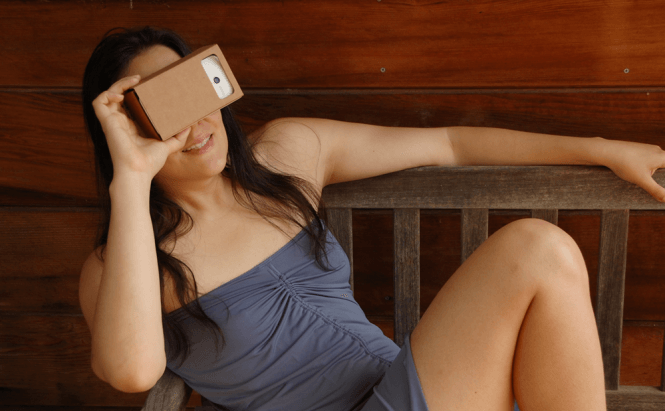 All you need to know about Cardboard VR Headsets

Virtual Reality is the latest trend in technology, but the devices created for it aren't yet available to the general public, and even when they will be, you can imagine that they won't come cheap. Since spending a lot of money on something you're not even sure you'll like isn't advisable, you need a way to test it out. Fortunately, Google has created a cardboard shell for Android phones which can simulate the VR effects and then posted the plans on how to make one for yourself.

Before we begin, you should know that Cardboard VR headsets work with most Android devices, but the one specification you should be mindful of is the size of the display, as some devices may not fit the headset. Pre-made models that you buy come with clear specifications about the phones they're compatible with, so the information is easy to access. You just need to make sure to check it out.

I know that cardboard might sound pretty silly, but it's cheap, it works, and no one has to see you using it, so why not give it a try? But, as some of you may not like the idea of stuff made out of cardboard, companies like LG and Mattes are working on creating plastic versions, and you can already find a few models (from other companies) on Amazon. Additionally, Google's own website provides cheap(ish) pre-made models, and a couple of them (the C1-GLASS and the VIEW-MASTER) are made out of better materials and even look pretty cool. And since we're talking about different materials and makes, while looking around, I also found some cool customized VR cardboard designs made and sold by VRMaster.co. Knox Labs sells aluminum versions of the product on their website, but these aren't as cheap, as they cost $85. Also, on the Amazon website you can find a product created by DIY CARDBOARD, which is made out of wood. .

If you're the build-it-yourself kind of person and enjoy making things with your own hands, Google was kind enough to make the blueprints and instructions available to anyone interested. In order to make your own Cardboard VR Headse,t you will need cardboard (of course), a rubber band, Velcro, magnets and lenses. To download Google's instructions and see exactly how to build a cardboard headset, click on this link. Additionally, I found some instructions which seemed easier to follow on a website called Instructables. But having a VR cardboard on its own won't do you much good. In order to properly test out the VR capabilities you need a few apps to help you out, and once again Google comes to your aid. Here you will find a pretty big list of apps which offer immersive VR experiences straight from your Android smartphones. Most of these are pretty short and straightforward, but they're great for figuring out the capabilities of virtual reality. There are some cool games to play, beautiful sceneries to admire, 3D history images and even (my personal favorite) a thrilling roller coaster experience that you can try out.

Moreover, even those who prefer iPhones over Android smartphones can enjoy the Cardboard VR experience. There is a number of applications on Apple's App Store which provide you with mesmerizing VR experiences. For example, one of the ones that I liked the most is called Vrse and offers some breathtaking videos that can be watched with Google's VR cardboard set. If you like the feel of adrenaline pumping through your veins and enjoy horror themes, you should try out games like Insidious VR or Sisters. Furthermore, you can use the cardboard headset and your iPhone to entertain your children using apps like DinoTrek VR Experience. Lastly there are a couple of really cool apps like Mobile VR Station and VR ONE Cinema which allow you to turn your movies and even Camera Roll clips into immersive VR experiences.

Now that you have a better understanding of what you can do with Google's VR Cardboard headsets, know where to buy them from and how to make your own, it's up to you to decide if you want to take the next step in the world of virtual reality. Have fun if you do!