Tim Cook Presenting the Third-Gen iPad The moment of truth came three days ago, as Tim Cook, Steve Job's successor at the helm of Apple, presented... 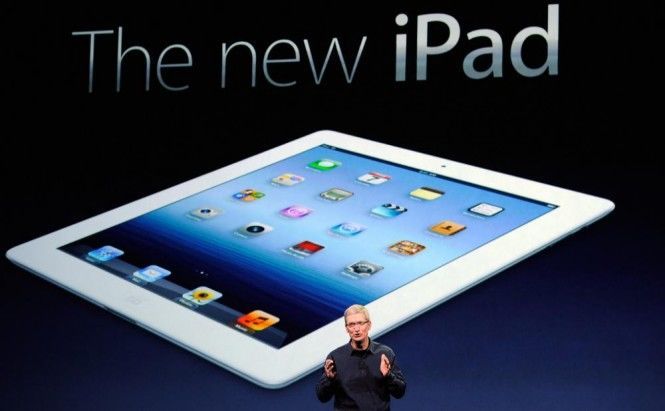 The moment of truth came three days ago, as Tim Cook, Steve Job's successor at the helm of Apple, presented the third-generation iPad to the general public. The available pre-order warehouse stocks were sold out in a matter of hours, so now the new iPad can now be purchased only with a two- or three-day delivery delay in the United States.

With such buying fever around the new device, it is quite hard to understand whether you really need the new iPad or rather choose iPad 2 with a reduced price tag. Therefore, it would be a nice idea to separate the wheat from the chaff and have an unbiased look at the features that make the new iPad different from its predecessors.

The display is perhaps the killer feature of the new generation's Apple tablet. The third-generation iPad has a resolution of 2048x1536 px, which is nearly four times better than the resolution seen on iPad 2. This impressive figure is slightly counterbalanced by the fact that the pixel density of the new display is lower than that on iPhone 4S. Taking into account that people tend to hold larger devices like tablets about 5 inches further from their face than the smaller ones, we can say that the picture quality on the new iPad will yet be at least not worse than what we saw on the latest iPhone model.

The visual experience, offered to the users by iPad, is further enhanced by the upgraded 5 megapixel rear camera (7 times better than the camera in iPad 2!). Not that taking photos will become handier, given the dimensions of the device has remained the same; at least, now you're going to feel like you're really living in 2012 when looking on the pictures you've made with your new iPad.

The apps presented along the new iPad are all about editing. The third-gen Apple tablet features the new versions of the following programs:

1) iWork (3D animations and a number of new transitions among the new things);

3) iMovie (the ability to create movie trailers and HD support);

4) iPhoto (debuting on iOS with the touch-and-slide control; criticized for causing device slowdowns, though).

The new iPad features a new A5X chip. The persistent rumors that the third-gen iPad processor would be quad-core have turned out to be only partially true. So far, there are no information regarding the exact clock rate of A5X (wait till March 16) but it is a known fact that the chip is dual-core. However, this new SoC features the quad-core graphic support, vital for handling the substantially improved graphic capabilities of the tablet.

Another big change in the iPad hardware is the rumoured doubling of the RAM capacity: the new tablet is reported to feature 1GB of RAM.

LTE (Long-Term Evolution) is a relatively new 4G wireless data communication standard, currently supporting the service speed of up to 72 Mbit/s (as featured in the iPad 3). With LTE, you'll never have to desperately search for any Wi-Fi hotpoint in your environs, because your device will practically be a hotspot.

Sounds great, but there's one catch with LTE technology. Almost every of the countries, where LTE networks are deployed, uses its own frequency spectrum band for this service. Therefore, to bring LTE to iPads, say, in Europe, Apple would have had to make use of some universal LE-chips (like those made by Qualcomm). As of today, such chips are horrendously expensive to manufacture and would bloat up the price for the new iPad to the four-digit values. That's not exactly what Apple needs being slightly behind Android by the mobile devices market share.

The decision Apple made was to give priority to the internal U.S. Market and use the LTE-chips, tuned-in specifically for the U.S. and Canada spectrum bands. Using the device on LTE networks in the rest of the globe will be impossible.

Previous story Google Voice Actions vs Siri. Round One Next story How to: Maximize Your Privacy Protection on Google