10 Thoughts on the Self-driving Car Technology

A number of companies are working intensely on the self-driving car technology, these cars might hit the market in the near future. What aspects should we take into consideration? 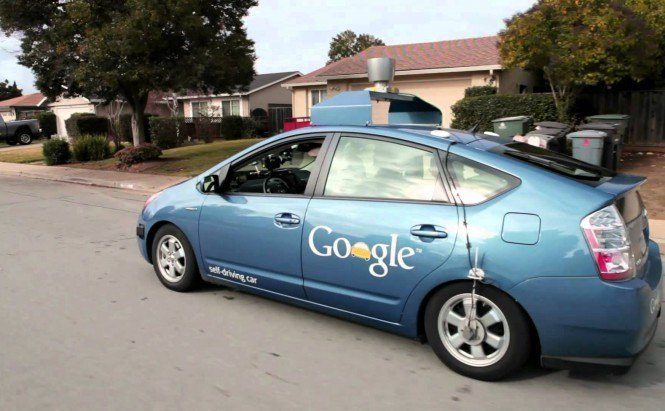 10 Thoughts on the Self-driving Car Technology

A new era usually brings new technologies, much like new technologies often bring a new era. What our life will look like in a decade is hard to predict, but a few assumptions and fantasies won't hurt, in my opinion. Especially when there are facts that can, to a degree, back up such fantasies.

That's why I want to elaborate, only half-jokingly, on the self-driving car technology that is now being tested by numerous manufacturers, most of whom predict the time frame for the appearance of these cars on the market quite differently, the most daring guess so far being 5 years.

The term «self-driving car» explains itself and, although it may sound futuristic, there are in fact working prototypes from organizations like Google, General Motors, Mercedes-Benz, Nissan, Toyota, Audi, Oxford University, and more.

The benefits already ascribed to the technology add up to an imposing number and include the obvious fuel efficiency improvement, reduction in the number of traffic accidents, as well as reduction needed parking space and higher speed limits for driverless cars. I've made my own list of various aspects of these vehicles and what those could mean for us humans when the technology actually comes to our lives.

There is only one way this technology can prove its worth, and that is by being able to handle exactly 100 out of 100 potentially dangerous situations on the road. There is no room for mistakes, bugs, lags, inabilities, insecurities, or any unexpected things. A single collision on the road due to a quirk in the car's software - and they are gone forever. It's not like computer software, here you can't release version 1.0 in hope to fix the upcoming bugs every once in a while for the next twenty years. And if it sounds like a huge responsibility, it's because it is.

A lot of work is yet to be done regarding the legitimacy of self-driving cars in the United States. So far only three states (California, Florida, and Nevada) have passed laws permitting these cars.

Whenever you need to know what a new product should be priced at, focus groups and market analysis are set in motion. Basically, there is no simple algorithm that defines the end price of a product. There are a couple of new hardware requirements added to autonomous cars, but the core technology lies within software. And how can you determine the cost of software? The sales should cover all your expenses for the research and the salaries of programmers, but do companies stop at that? Of course not, they need to maximize profits. It's still a question whether or not such cars will be affordable to, say, the middle class. I'd say they should be, so that in the near future they could replace regular cars creating safer driving experience for everyone and reducing the risk of, say, drunk driving. Now it's time to fantasize.

Will DUI (Driving Under the Influence) regulations become irrelevant with this technology? Maybe it will be possible to just drive home drinking away aperitifs on a Friday evening after an exhausting workweek. Who knows? The same goes for «texting while driving» regulations, they'd be gone too, wouldn't they?

Would anyone ever need to buy an expensive fast car if the software controlled the speed? Hardly. It will all be reduced to the level of «swag» you want to exhibit.

Will parking be easier and how much can a computer really analyze? Maybe you'll see an opportunity to park and notice someone pulling out of the parking lot, but the car will keep circling around trying to find an empty spot. There might be a couple of annoying things about these cars, but nothing too hard to iron out.

Chauvinism and Racism. Oh, those stereotypes about women or Asian people behind the wheel (I said these are stereotypes, don't judge me!) - they actually make some drivers act differently around them on the road. I doubt there will be any software specifically dedicated to avoiding a certain group of people, so it will be equality for all. Although, with capitalism at its finest, it might become an extra thing - like a paid extension of some sort.

Privacy. It seems weird to even bring up the privacy issue when talking about driving a car. And I'm not talking about toning your front window. Considering Google's tendency to push the consumer privacy for their profits from advertising, I would not be extremely surprised to see my driving routes exploited in some weird way, like displaying the restaurant's name I just stopped at in my friends' Twitter feed or something. I should also note that, according to KMPG researches, people are more likely to buy a self-driving car from Google rather than, for example, Ford.

Cybersecurity. As seen in the video below, it is possible to hack into a «half-electric» car now. Can anyone guarantee it won't happen to the new ones?

Fast and Furious movies. Hollywood doesn't seem to stop popping out these movies one after another, and, in my opinion, they become more cheesy every year. Can you imagine Vin Diesel driving a Google driverless car on his next mission? Where's the fun in that?

The idea of the driving experience being something that you can program seems a little utopian to me. Maybe if the manufacturers implemented the rule of «in any unforeseen situation, turn the emergency lights on, stop the vehicle, and suggest the driver take over the control» - then I might be at ease. I don't know. I've been going back and forth on this whole idea while writing this article, I'm not even sure what to think. So what do you think about it? Leave a comment below.

Who are you most likely to buy an autonomous car from?
View results

What about Volvo? We can see it on the second picture.