How video games can change the world for the better

Many people instantly label video games as a waste of time, but that's not always true. Let's take a look at some games that had a positive impact on the future of humankind. 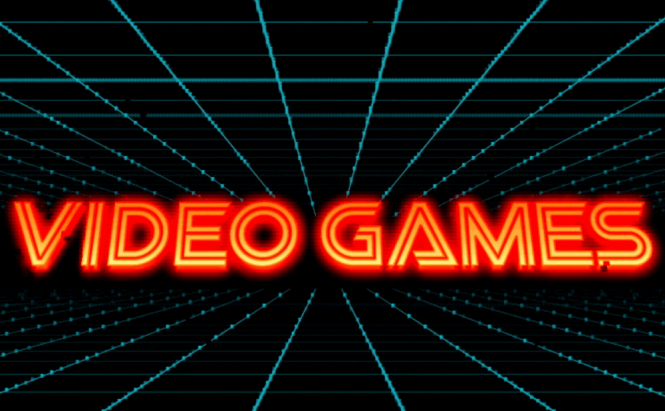 How video games can change the world for the better

In today's society, many people don't understand video games and consider them to be nothing more than a frivolous pleasure and a waste of time, but that assumption is wrong in most cases. There have been many studies confirming that playing games can actually be beneficial for an individual. Puzzles help develop logical thinking, action games develop and sharpen reflexes, different genres develop the player's creativity, while almost every video game ever made enhances the user's capacity to make decisions. It's a scientific fact that those who play fast-paced games generally find and make the best decision faster than others, and that is a big advantage that they carry over to real life. However, I'm not here to debate some vague concepts, but to actually show you a couple of specific examples of video games that helped make the real world better.

The biggest thing about video games is that they benefit from a wide engagement level. Thousands of people play them, and that means that there's a huge mass of people who can help reach an important goal, if you find the right way to do it. Adrien Treuille is one of the first game developers who found a way to take a scientific problem of great importance and turn it into a video game so that all the players could contribute to solving it. Why was such a thing necessary? Because scientists usually work in teams with limited numbers of members, there are times when manpower can be a real issue. But don't we have computers for that? Well, we do, but even though computers are great at mathematical calculations, they are almost useless when it comes to solving visual puzzles. On the other hand, the human brain is great at solving them, so this is why the FoldIt project was started. This all started with a team of scientists working on new ways to fight diseases needed help with the folding of proteins. For those of you who aren't versed in science and anatomy, proteins are long chains of amino-acids that can serve a variety of purposes in the human body. Basically, a protein's job and results depend on the way the chains of amino-acids are folded: one that is wrongly folded can help spread or crate illnesses such as cancer, while one that is well folded can help cure sicknesses. The scientists mentioned above had come up with the chain of amino-acids, but folding the proteins correctly proved to be too big of a challenge for their limited numbers. This is why Adrien created FoldIt, a visual puzzle game which had its players find the best way to fold a protein.

The game has a set of rules that are easier to follow than you imagine (it's somewhat similar to a Rubik's cube), and the goal is to find the best shape to fold the protein. The player starts with a set of easier puzzles (kind of like a tutorial), which introduce them to the rules of the game and then evolves towards more complex ones, finally getting to the proteins that were unsolved by the researchers. The beauty of FoldIt is that it managed to turn the proteins into toys that are fun to play and tinker with. You don't need to be a scientist to play the game, you don't even need any background in anatomy or any area of science. All you need is a good mind for visual puzzles, and your gameplay can help cure diseases. I don't know about you, but that sounds pretty awesome to me.

FoldIt reached more than 3,000 users in a short time after its launch, and it took just 3 weeks for the players to solve one of the scientists' original problems: correctly folding an enzyme in order to stop it from helping HIV reproduce. Since then, new puzzles have been added, and people from all over the world are helping scientists find better treatments for diseases, simply by playing on their devices. Adrien's second game of this kind is at least as interesting as the first one. This browser game called EteRNA lets the players find new and innovative ways to fold RNA (ribonucleic acid) chains. The game was designed to help biochemists understand how RNA chains are structured, so that they could be properly used to fight diseases such as AIDS and many others. What's even cooler is the game's motto: "Played by Humans. Scored by Nature." In case you were wondering, this means that the complex RNA molecules that the players come up with will actually be created in the lab, and the results will be sent back to them. The final score will be based on how well the molecule folds in real-life, which sounds like a better ranking system than you will find in any other game.

Despite a failed start, where none of the structures that worked in the game would actually fold in the lab, the community pushed through, analyzed its own mistakes and turned this into a working project. According to the biochemists, in the current version of the EteRNA, the worst molecule designed by a player is far better than the best one ever designed by a computer. Currently, the user pool includes more than 40,000 people who even managed to discover new rules for RNA folding, rules that were unknown to science up to this point. In case you wanted to give it a go, EteRNA is a web-based game, so you can play it in your browser. The rules are well-explained in the several tutorials that you go through at the beginning of the game, the graphics look well-polished, and even the sounds are great, so I promise that this game will feel more like fun than actual science.

At the moment, this concept of using "crowd-sourcing" to get the manpower needed to solve some of mankind's biggest scientific problems is still very new, but if this is just the beginning, then we should all be very excited about the things to come. If more people like Adrien can find a way to turn science into a team-sport for millions and even billions of people, the things that we could achieve are absolutely amazing. Furthermore, there's also a more subtle concept about how people can pull together and achieve great results even without a financial incentive, but that's a discussion for another time.

If you like reading about new and interesting thing, you should also take a look at our previous articles: "What will the future of operating systems be?" or "Upcoming technology that may change your life in 2016".