What will the future of operating systems be?

A bystander's look on the current and possible future state of Windows and Mac OS X. 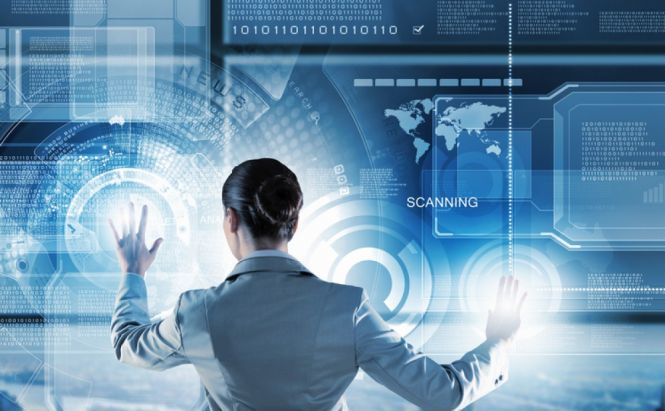 What will the future of operating systems be?

Windows 10 has been our for months, and now Mac OS X 10.11 El Capitan has joined it as the second half of the reigning duo of operating systems. This leads me to contemplate the current state of the market, the tendencies and threads easily observed in the current generation. Let's take a look at the difference in  how Apple and Microsoft approach their products. This is not a comparison of functionality, however, merely a look at what we may have and what we might expect in the future.

Both Mac OS X and Windows have gone through many iterations over the years, and if the earlier versions were pretty standard in what they had changed, the new generation witnesses a great difference in the paths Apple and Microsoft are taking. Let us start with Microsoft. It's famous for releasing operating systems that define the market: Windows 95, Windows XP, etc... But recently, a clear pattern has been established showing that, instead of making the rules, Microsoft is trying to follow them.

What is the most distinctive feature of Windows 10? It's a hybrid system, combining elements of an online platform with those of a traditional OS. Why? Dependence on online functions; the online store; even the Office products have now become more online-oriented. Basically, what Microsoft s trying to do is to exploit the fact that most people who use computers are constantly online. I can go as far as to say that Windows 10 is pretty much useless without an Internet connection. This is probably the reason there's been so many complaints about privacy issues, and even manuals on how to fix them. If you're always online, you can always be watched.

But, aside from inevitable issues concerning privacy and accessibility, what should we expect? Probably, even more online integration. Windows seems to only get better with more functions and features being 'outsourced' to the Web instead of being standalone slow unstable mess we've, unfortunately, come to expect too often from Microsoft releases. Online integration and hybridization of Windows may prove to be the solution for most of the system's technical issues and optimize it a lot better. I won't be surprised if Windows 11 becomes the world's first operating system based completely on cloud technologies. With the ever-expanding reign of online in everything, from games to cooking tips, this is probably inevitable.

Now, let us take a look at Apple. These people don't need to create a more Web-oriented OS, they already have one. Mac OS X has always been more comfortable with online. Whereas Windows 10 can be installed as an update of Windows 8, for different incarnations of Apple's system this has been the standard procedure for years. Apple store is the model after which Microsoft modeled its own online store. Basically, mac OS X is everything Windows tried to become.

But what does Apple do with the new versions of its OS? Generally, improves and fixes technical issues, updates the interface and drivers, adds new standard tools and finds new ways to make their online features more easy to use. So, the company simply issues big pompous updates that are somehow considered new systems. Of course, support for new things and better performance are important. But, with Apple's online proficiency, wouldn't it be too bold to state that they keep releasing the same system over and over, simply revamping it to be cooler?

I foresee a future where Apple drops the marketing trick of releasing major upgrades as new systems and actually revolutionizes the market by establishing the one system to rule them all'. Mac OS X, or its successor, can become the basis for never-ending expansion and improvement, with bigger and smaller releases simply keeping it up to date. This might even lead to the end of generation shifts, as the system will remain the same. Of course, this is hardly possible with current software, but, if we remember the idea of a fully-online OS described for Windows, things can get a lot easier. The Web and the OS: parents of cyberspace?

What is the general fantasy, then? Well, actually, it's the one about transcendence. Operating systems now have a chance of going beyond the software competition. What science fiction writers have always imagined may eventually become a reality: a unified technology that only requires being online to function properly. Post-software, if you don't mind me coining the term: universal platforms to be updated and constantly held in check, all with the use of the Internet. This will, undoubtedly, change the market, but if there is one thing capitalism is good at, it's being adaptable. Hardware will still have a large part to play. Maybe, in this scenario, developers will follow japan's current route and start selling their OS with specific devices. Oh, wait, it's already happening. Cyberpunk has never been so casual.

The new world of tech will probably see a rise in 'cybercrime', and the most infamous hackers in history will be replaced by their more epic successors, but that is to be expected. After all, what's the online security for? Evolution of operating systems will surely cause evolution of third-party software, which means that any and all software will probably change. But all that is for the future. For now, we'll just have to see what approach the companies take, and how the current generation of operating systems ends up.

I'm now getting bored of those "OS Wars". I see both them are ..., sorry, but I don't want to use the hard word. In my opinion, just let this idea be simple: If you can produce an effective Operating System for people, that people might "follow" you.

For example: In the past decade, Windows XP (and later, Windows 7) is used widely, due to its friendly functions. Everyone has used and experienced this, I don't want to tell more. But, now? Windows 10? Latest Mac OS X? We could not "predict" how and what they will be, and I don't care to "predict" their futures. Just let them be "self - born", then "self - live" or die.

The "end-users" will decide their destiny. And, of course, those OS manufacturers like Microsoft, Apple, and so on will not see without act anything. They will know the way to continue to "exist", otherwise, we all know the vice-versa.

We don't want to waste time, efforts, (even time is money) to do the useless work.

Windows 10 is beta at best. Drivers don't work and system hang-ups people can't login. I love it as a technician I am making all kinds of money. But seriously, Microsoft, "fix your stuff". I put in a new Asus motherboard and no sound. My personal PC can't run camera software and USB HDD Drives. I finally got smart and fixed the problem, using the way Microsoft created and ran 10 by virtual PC. If it messes me up again I can just use a backup I made. And yes, MS, my child is in no way ever going to have an email address, period, until he can at least read and write and understand what an email address is, so why you want so bad for everyone to have an email? I am seriously thinking Linux may be a better option than the pirates of Silicon Valley.