All you need to know about Remix OS

Let's take a good look at the world's first and long-awaited portable Android-based operating system for computers to learn a few things of use about it. 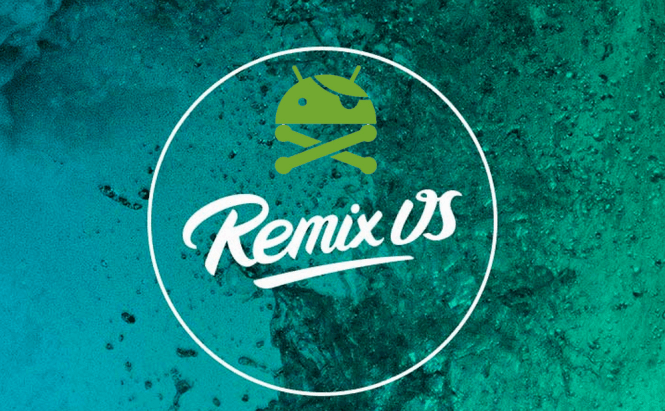 All you need to know about Remix OS

For a long time people have been searching for ultimate solutions to run Android apps on their computers. As it was shown in other articles, there are some applications that allow you to work with the Android content on your Windows PC as well as on your Mac, but being totally honest, we must admit that they're not exactly ideal. However, a couple of weeks ago a company named Jide launched a product called Remix OS, which is the world's first portable Android-based operating system for computers. This OS works on most Windows-based computers and even on a few Macs.

Before we get into the features part, the first thing most people want to know is whether their computers can run the operating system or not. Well, the good news is that you don't need much in order to do that as this OS only requires a USB 3.0 port, a USB 3.0 memory stick with at least 8GB of storage space (FAT32 support needed) and a 64-bit processor. If you have these (and most of you do), simply download one of the packages from the Jide website, unpack the contents and then, with the USB stick plugged into your PC, follow the steps from the Remix On USB Tool (found inside the downloaded content). Once that's done, restart your PC with the stick plugged in, boot from USB, and Remix OS will start running. You can choose to use the Guest Mode (the fully portable version) or the Resident Mode (which works like a persistent OS saving your data and apps on the PC)

What you should know is that at the moment Remix OS is considered to be in its alpha preview stage, so things might not be as smooth as they are on Windows or OS X. The first problem that you will face is that the operating system doesn't come with Google's Play Store preinstalled, so you have to do that yourself (the company is trying to obtain the IT giant's permission to include the Google Mobile Service in the installer pack, but at the moment you're pretty much on your own). If you're in need of some assistance here's how to do it: As far as features and advantages go, the first cool thing that I've noticed is that the operating system is free and, as I've already told you, is portable. In case you're not the most tech-savvy person, this means that the OS can run directly from the USB (doesn't install itself on your hard disk) and as soon as you've created your bootable memory stick, you can plug it into any computer and it will run like a charm. Furthermore, Remix OS requires very few resources, so if you have an old 64-bit bit PC that you no longer use, you can run it on that device without any problems.

The operating system is based on Android 5.1, but the graphical design has been altered to match a computer user's expectations, so it includes (let's call it) the Start Button (with Start Menu), the Taskbar and the System Tray. Additionally, you can control it just like you're used to (double-click, right-click, Alt+F4, etc.) and it even has its Notification Center like the one in Windows 8 and 10. The File Manager also looks a lot like the one in Microsoft's operating system, the Taskbar is fully functional, and you can easily run multiple apps at once (multitask) like you do on your regular OS.

As far as the apps go, Remix OS comes with a bunch of useful tools from the get-go: Microsoft Office, Google Chrome, Facebook, Twitter, Evernote, etc. Of course, you can also install any Android app that you want and make it the default one for specific actions. As far as the updates go, Jide's officials stated that Remix OS will constantly get new security patches, bug fixes and general updates. The operating system will notify you when they are available and you can install them just as easily as you do on Windows.

As far as I'm concerned, Remix OS is something that I've been expecting for quite a while, and it's great that its finally here. Being totally honest, at the moment this is more of a novelty than something actually useful as the "serious" Android apps are designed to work on small touchscreens (emphasis on the touch part). Nevertheless, when it comes to Android games, Remix OS can provide a very interesting experience that you couldn't find anywhere else.

Well, This is tremendous! However, I still dream about a universal O.S. I think is just a matter of time.
Think about it: BSD is 90 percent compatible with Linux binaries. Both have access to most Windows applications via Wine. Now Android (which is also built on top of a Linux kernel) can be run on x86...
The perfect O.S. to me is an environment where I can run whatever app I want, without any technical frontier.