I Want Six of Those, Please

I have said it before and I will say it again: Microsoft has got to pull out the stick out of you know where, admit that it is progressively losing... 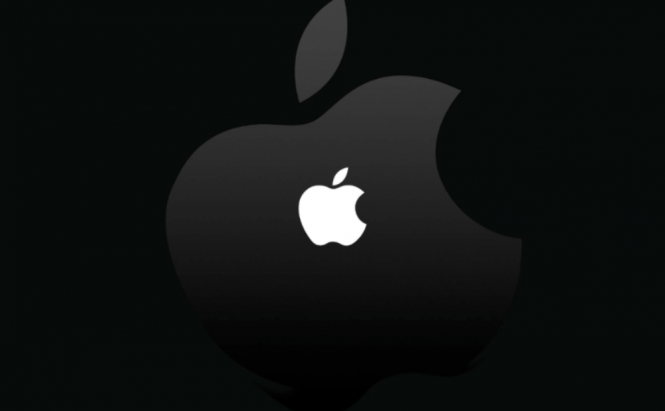 I Want Six of Those, Please

I have said it before and I will say it again: Microsoft has got to pull out the stick out of you know where, admit that it is progressively losing its touch with the public, and concentrate on its core products by working out all the bugs and perfecting the features of their software and, more importantly, cutting down costs and prices. There are many things Microsoft does right, but there is just a lot on their plate that this humongous corporation can't chew. Google is facing the same problem Microsoft has been battling with for quite some time now – it seems that both companies have reached the top and are not sure what to do next. And then there is Apple.

Check out Apple's store: I always get amazed at how organized and how limited the choice is. There is a media player – iPod. A media player with the phone capabilities – iPhone. An oversized media player (with some phone capabilities) – iPad. Also, the ultra-thin MacBook Air, the slightly heavier MacBook Pro. With Mac mini, Mac Pro, and Apple TV finishing off this 'long' list of alternatives. Consumers are indecisive, so Apple made it easier for them. If they know they want a phone, all they've got to do is to choose between WHITE and BLACK. If they want an oversized media player with phone capabilities, they've got a choice of BLACK or WHITE. The naming scheme also makes it super easy to figure out the product: it is obvious that the iPhone 4S is better than the iPhone 3GS, and the iPhone 4 is somewhere in between; similarly, iPad2 is better than iPad. But if you want to go 'crazy' and include some acid colors in your life, you can pick from 7 colors for iPod nano and 5 for iPod shuffle. I want to believe that Apple will discontinue their shuffle line up within the next year – I mean touchscreen is this decade's IT-factor and touchscreenless gadgets are just 'so two thousand and late'. Microsoft's online store is a mess. Windows comes in six different flavors to appeal to different markets, and then there is this confusing Anytime Upgrade. Microsoft's Office Suite comes in three flavors: Office Home and Student, Office Home and Business, and Office Professional. Xbox 360 comes with a DVD drive in it. An additional HDDVD drive was for sale as an attachment to your Xbox. It was no surprise when PS3 with its built-in Blu-ray Disk drive won the HD race game. Microsoft had to discontinue its HDDVD endeavor. Zune and Zune HD are now discontinued, but could have been something if the corporation had had the integrity and direction. Remember how the sum of many small parts is greater than the sum of just one? Microsoft grew to the point where it is hard for it to function effectively without spinning off and then outsourcing its own departments.

During my college years, one of our management teachers showed us a movie about this Indian guy who was the Guru of efficiency and business decisions back in 80-90s. He was an independent consultant and his decisions were wise and extremely efficient for all parties. In one of the segment, the corporation wanted to retire an accountant because his salary and pension and other benefits were putting a dent in company's finances but he was the only one who knew the key components of their business since he had been doing it for over 20 years. Plus, the management did not have the heart to let go of a person who had put a big chunk of his life into the prosperity of the company – it is just one of those rare nice cases in modern times. The Indian's guy proposal was simply genius. He suggested the company help the accountant start his own accountancy firm and outsource part of the company's accounting to him. This was a win-win situation as the accountant's expertise had long exceeded what's required for the company's accounting and could have been of use to other companies. And the company was not involved in paying outrageous benefits to its employee.

Similarly, Microsoft and Google have grown to the size where they should consider an umbrella spin-off of their divisions and outsourcing services. The newly created companies will be devoted to making their product for themselves, then for Google, and they can also find clients on the side. Take Google's marketing department, for example. Many Google products, namely Google+, Feeds, Documents (cloud service) are declining, and there are no ads to reverse or slow it down. But if there was a Google+ independent company that could order new ads, pick its own strategy and so on when they want it because their salary depends on it, I am sure Google+ would be as popular as when it was by invitations only (exclusive!). At the same time, Erick Schmidt wakes up at night and says, 'I want another social network in Google's line up (besides Buzz and Orkut), let's call it Google+.' During the morning shower he is enlightened, 'I want many unremarkable services hidden under More and Even more links on the main page.' On his commute to work he thinks, 'Google is getting its revenue from serving ads to millions of people around the world... It would be counterproductive to advertise Google's products, so let's not do that!' During the day he picks up where he left off, '… but how will people know about our new exciting services we offer to get their private information? Well, we need to advertise those services, but while we're at it, let's overdo it! Let's start with Google+.' As a result of all of this hypothetical escapade, but somewhat true in the real world, one guy, confused by what the whole picture should be like, begins to fill in the various pixels of the picture with his own agenda and thoughts good for the day, making the picture look similar to Kazimir Malevich's Black Square or White on White.

I am not saying being the head of a corporation is an easy task. It is an achievement if the company does not fall apart during your reign, hence both Balmer and Schmidt are doing a super-awesome job. But, it is time they start thinking ahead of time. Their inefficiencies begin to take the toll on their customers. There is much hype about the clunky desktop computers dying off... and what does Microsoft go on doing? It kills off its Courier: a two-touchscreen portable tablet for professionals. A concept I see as revolutionary and a step forward from iPad and similar tablets. Google+ also had a chance to become something, now it is in decline. I myself did not check out Google+ in over 2 months and an app for it was included in my Android 3.1 tablet. There are like 10 of my friends on there, 3 of them constantly update their profiles, but they put the same information on their Facebook wall, so no need for Google+. But really, I am sad to see that a good concept was wasted because many bosses of the bosses could not figure out the specifics, the strategy, the advertising, and so on – something that does not plague small developing companies, for they've got other issues that Google doesn't have any problems with – financial issues.

Both Google and Microsoft are doing just fine – they bring in profit and create new products, but their ways are becoming more inefficient with every single day, and their consumers get punished for this through increased prices: Windows XP used to be 100 bucks, Windows 7 is 120 (compare it to Apple's Mac OS X priced at just 20 US Dollars). I guess if you read this article you will understand where I am coming from now. And this is just my opinion that will remain unnoticed and nothing done about; but I am fine about it as I just got it off my chest and will go on bother about things that really matter.

Previous story Be a Star in Your Own Reality Show... Next story Want to Buy

Howdy Dmitriy Vasenin, what really matters is thought and opinions – it's nice to make your acquaintance!


Your Equal opportunity offense is refreshing (Me PC you Apple?) your content became quite thought stimulating for me, thank you! I have many views on this subject through the experience of growing up with technology. I'm talking right from out of the “stone ages” me to you. The conversation is technology correct? I began a “High Tech” carrier in 1979, working on the first Z100 in 1982 (8086 w/4 bytes of mem populating a whole card on an 8 bit buss, depending on one 51/4 floppy for storage.) In 79 there were word processors “office automation” we called it at NBI. There were no computers other than government & some of higher education's thought manifestations, this was pretty much it, the beginning... I see 32 years getting here ~ from there...

Now look at what folks had in terms of technology and it's advancements within the same 32 year time period prior. The advancement of technocracy is increasing by many factors over every equal time interval previous. With every thing in life and nature seemingly simply based on fractals (I recently just learned of this research – very interesting!) This train has left the station! All projects are equal in this race, win or loose, better understandings of the ever changing marketplace, configurations, and new ideas take shape with every trial & error experienced. Keeping the cycle leapfrogging and the wheels of progress turning. Like bits to bytes, hardware – software – hardware – software, one is waiting on the other, round and round they go. When this is no longer an issue try, and imagine more amazing things occurring by the week or even by the day. How many phones will I need to upgrade to that year? I'm good right behind the edge, living last years advances before most, but with plentiful cheep parts and much less or no bugs.

Last summer I purchase my first new computer (PC laptop). I have always had to build my computers from parts – not cutting edge parts, but over stocked, sale & dumpster parts. A whole new world of ease and discovery has opened up! I ordered 2 laptops, same model, end of production life from lenovo.

Now I have two chargers, two battery’s, options if anything fails hardware wise, plus I stepped up from XP to a win7-64bit platform. All the power & options of running 2 computers – 2 displays each, mobility, and capability's like running two Google accounts on one IP address. Plus any number of things I have not even thought of trying yet - $400 each. My son went and purchased himself an apple laptop - $4000. That's money-biscuit for me, four grand = 1 apple Top or 10 Lenovo's … hum? ( I must add -unix kernel = Awesome, that’s another day though >”