Bring the weather phenomena into your house with Tempescope 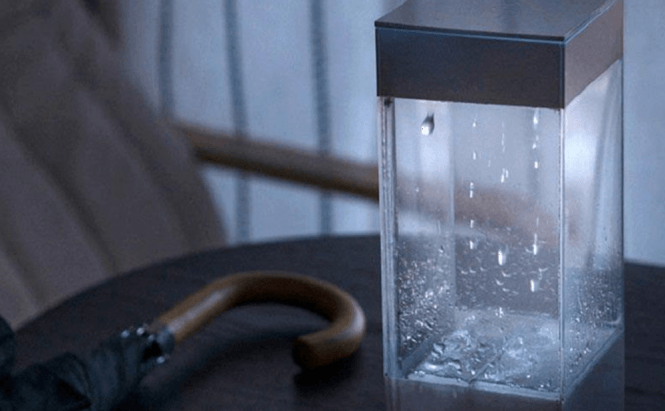 Bring the weather phenomena into your house with Tempescope

We all know that the simplest way to figure out how the weather's like outside is to look through your window or go out on the balcony, but how cool is this solution actually? If the answer is "not cool enough", then you should check out a new invention called Tempescope: a transparent box which physically recreates weather phenomena such as rain, fog, lightning between its walls. What's really cool is that you can connect the device to your Android smartphone or iPhone and have it display the forecast for today, which means that you will no longer need to consult any apps. Additionally, you can also manually control the weather condition that the tabletop prototype displays which is useful in case you want to see all of them or just a specific one.

Tempescope's inventor is a software engineer from Tokyo called Ken Kawamoto, who got the idea while flying home from a vacation. The original product was supposed to be a "build-it-yourself" kit with easy to find materials which would allow anyone interested to make his or her own device. However, since that would have been a tall order for most of the potential customers, Mr. Kawamoto decided to build the whole thing himself. At the moment, the product is involved in a Indiegogo campaign and with 27 days of funding left it already managed to gather $220, 000 USD of the total $398.000 goal. Tempescope will work both with Android and iOS devices and will come in two versions: a simple (standard) one which costs $199 and a $249 model which you can have engraved with any message that you desire. If the prototype gets the funding that it requires, it will start shipping out to its customers in April 2016. You can check the Tempescope out for yourself by visiting its Indiegogo webpage.

Previous story Top 11 most infamous hackers throughout history Next story What will the future of operating systems be?