Will movie games ever be good?

The segment of the game market filled with games based on films seems to be nearly dead. Let's take a look at what led to this condition, and what to expect in the future. 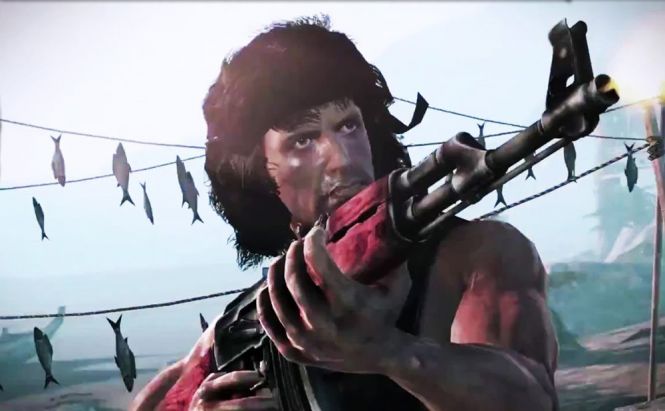 Will movie games ever be good?

With the long-awaited premieres of films like Batman vs Superman and Captain America: Civil War, we are surely to expect a new string of licensed games using the source material for adaptations into the interactive genres. While many portable games are a world of their own, there's a history of major releases that make you wonder if movie-based games will ever be any good as actual games.

It's no secret that movie-licensed games have a history of being bad. It seems that a famous cinematic license works like a poison for a game developer. Most video games based on films in the past have been so horrible that they are rightfully lost in obscurity today. But why? What is the reason? Many critics have given simple answers, but the root cause of this tendency is never quite clear. In the long-forgotten era of Lucas Arts quests, games based on famous licenses were pretty nice, especially for the technology that supported them. But even then games like Conan, Back to the Future or Indiana Jones on NES and SNES were hard to like. The main reason was that they lazily copied the gameplay of other projects. Of course, you can't invent the entire game process anew, but you can always try to introduce good new mechanics that would make the game different, maybe even refreshingly pleasant to play. Instead, movie-licensed games seemed to copy the core gameplay, but do it so bad that they became a chore to play through. Lack of serious budgets and license owners hiring inexperienced developers are only partially to blame here. Many years after the primitive NES games, competent studios like GRIN gave us mediocre and even terrible games based on Wanted and Terminator Salvation. They were, once again, copies of other, more competent games like Gears of War, but the gameplay and design were so boring and so much lacked in the engaging atmosphere that all such projects without exceptions were critically panned and became financial failures. It looks like the developers never learn, but that's not true. The reason behind this approach is that the movie-licensed product rarely needed to be good on its own merit. Games were made simply to advertise movies among people who played games. So, sticking a name on the box and letting people control the protagonists and get a glimpse of the world used to be enough. Even if nobody liked the game, they found out about the movie. The game certainly didn't shoot itself in the foot

Finally, there's the factor of creative control and executive meddling. Most movie-licensed games have been seen as purely commercial products with little creative thoughts put into them. As simple tie-ins, they were supposed to be developed in accordance with the rules set up by film studios, feature certain characters, have certain plot points and provide an experience predetermined by people who usually knew little to nothing about games. Let's look at one notable exception: The Chronicles of Riddick: Escape from Butcher Bay, a 2004 hit based on a Vin Diesel movie that took liberties with the setting and the story, had little to do with the film's plot and characters, but introduced several then-innovative mechanics, was visually stunning and fun to play even if you knew nothing about the source material. That is because executive meddling was minimal, and the goal was to make a great game, not promote the movie.

The factors described above are well-known, they explain why movie-based games are usually bad. But will they ever be good? Why, God, why did you let this game happen?

In recent years, very few games of this kind have been released as big mainstream projects. Smaller, safer games on mobile platforms seem to have taken up the niche. The most notable example of famous games based on film is Rambo: The Video Game, and the less said about that abomination, the better. It seems that the studios no longer bother with non-profitable ill-famed tie-ins. So, basically, the answer is no. Movie-licensed games that we used to know are never getting any better. They are simply dying out, replaced by mobile movie-themed apps, Facebook posts and Twitter feedback. They are like factory workers who are no longer needed after automation.

But there's no reason to despair, if you're into interactive adaptations. The license-holders and developers seem to have figured out what to do. Instead of making direct adaptations of the movies, they started making adaptations of the source material most games are based on. With the news of the new Batman game from Telltale, the Arkham series that ignored the Nolan-verse, the plans for new Star Wars titles adding to the long history of games in the fan-favorite universe, it seems that the characters and the words that we like are still going to be available to play around with. Of course, there might be disappointments like the latest Battlefront reboot, but the future looks very promising, as the studios and large companies finally realize that you can't make a good new product out of the pieces of another already existing in different media. So, we're more likely to get new Goldeneye and Jedi Knight II rather than Rambo: The Video Game. Which is a good thing.