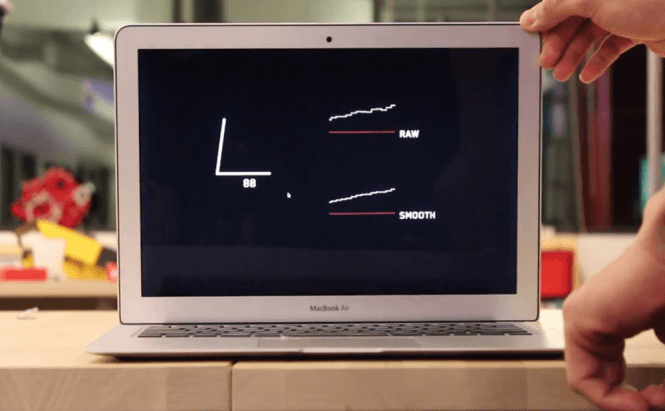 Theoretically, smartphones are smart by definition. I mean, it's in their names, right? It seems that a small group of researchers from the Carnegie Mellon University didn't think that the current phone were smart enough, so they found a way to make them even smarter. Their project, SweetSense, uses sound waves to detect changes in the device's environment and software connections to make it react accordingly. What's really interesting is that this technology uses the already embedded speaker and microphone, so you don't need any additional devices. Furthermore, since those are the only hardware components required, this functionality is also available on laptops, tablets and other gadgets. In case you're wondering how this works, it's somewhat similar to the sound system a bat uses to guide itself or like a sonar. The device emits sounds on ultrasonic frequencies using the speakers, then records the response with a built-in microphone. When the response changes, SweetSense instantly registers it and can even pinpoint exactly what has changed. If it sounds a bit vague, here's how the researchers used this technology: when you're on the street listening to the music from your iPhone in your headphones, and you run across an acquaintance, you would have to remove an ear bud, pause the player and then say "hello". SweetSense can instantly detect when you've taken one of your earbuds off and will pause the music automatically. The same principle is used to determine when you tilt your laptop's screen upwards or downwards, assigning various functions that will automatically be executed when you turn the display to a specific angle.

At the moment, this project is in its very early stages, and the researchers themselves admit that the current sound waves may not be the best way to go, as people with a great hearing range or animals could hear this frequency and be annoyed by it. However, once the process is perfected, the scientists hope to extend SweetSense to larger areas where speakers and microphones are present such as conference rooms, concert halls, cars, public address systems, etc.

If you're interested in more science and technology-related content, you might want to find out "How video games can change the world for the better" or check out the "Upcoming technology that may change your life in 2016".