Galaxy SIII Mini, iPad Mini - the word 'Mini' has been immensely popular with the big companies recently. But what about 'Maxi'? Are there any big... 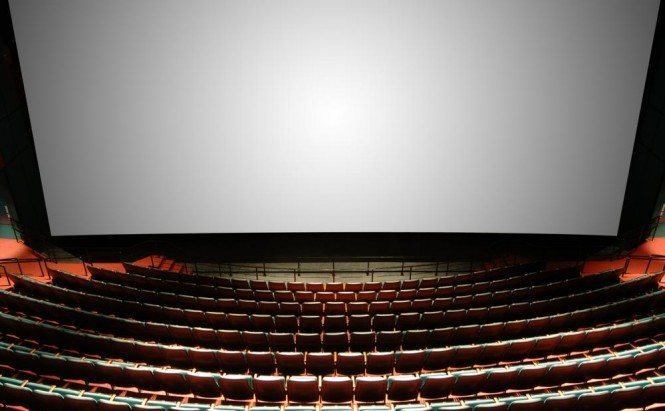 Galaxy SIII Mini, iPad Mini - the word 'Mini' has been immensely popular with the big companies recently. But what about 'Maxi'? Are there any big, really big non-desktop computers around?

I have always dreamed of a big tablet. Not an iPad-ish about-ten-inches-big tablet, but a really big one, with a 15-inch or even wider display.

I am no fan of small things. Being rather short and, even worse, short-sighted myself, I am probably trying to compensate the lack of size and definition in my life with big things. The reasoning behind this is obvious (relax, there's no Freud involved): using big things I myself can feel big and, more importantly, I can find big things faster when I'm without my glasses.

Unfortunately, 2012 was the year of miniaturization, with Apple finally bringing its long-yearned-for iPad Mini to the market and Samsung releasing the smaller version of its flagship smartphone, Galaxy S III Mini. Everything is getting smaller, everything. But I want it bigger! That is why the news about Lenovo presenting a 27-inch tablet was a welcome sight for my sore eyes. After reading more about it, I though it would be a great idea to talk about its possible alternatives for us, king-size freaks. So, enough of twaddle – let's get down to business!

The first thought that came to my mind when I first saw the YouTube commercial for IdeaCenter Horizon was as straightforward as a thought can be: 'WANT!!!1111' Nevertheless, I managed to gather the remains of my brains to give the device a more careful look – and it did me good.

Turns out, the new behemoth tablet has more shortcomings than Warren Buffett has money. First of all, it is not a tablet. Lenovo farsightedly markets it as a 'multi-user PC': anything else would sound totally laughable with 2 hours of battery life and about 20 lbs of weight. Just watch Lenovo's video: two kids are quietly carrying this thing to draw in their room without their dad taking a slightest notion of their actions; a graciously looking mum brings Horizon into the living room for a Skype call, with a happy smile on her face. I bet this family spends more time in the local gym than in their own kitchen!

The $1,700 price tag for this miracle of technology looks like a very nice joke. I realize a tablet like this cannot be cheap, but for Christ's sake, I am not ready to pay this much for a tablet I cannot take to my favorite armchair to watch my favorite movie: Titanic is longer than two hours.

Calling SUR40 a non-desktop computer feels a bit surreal, considering that this jaw-dropping device is actually nothing but a desktop in the literal sense of this word. Well, okay, it doesn't match the armchair criterium either and it weighs 111 lbs, which makes it hard even to move let alone put on your lap.

On the other hand, the very idea of an interactive Windows-run table (not tablet) is extraordinarily cool. If its surface – sorry for the tautology – is strong enough, you will even be able to put your coffee cups and bowls with cornflakes on it. Is it not awesomeness in the flesh?

Samsung SUR40 was a device with the greatest wow-factor I saw last year. It has some drawbacks, like running on Windows 7 instead of Windows 8, or having too few apps developed specifically for Microsoft PixelSense. Its biggest drawback is, however, the $5,000 price tag, which is above the means of most people. It makes SUR40 one of those Dear-Santa-devices, which 99% of us can only dream of. Oh yeah, and the most important question still remains unanswered: is SUR40 actually coffee-resistant or not?

Okay, I admit, you can't take this one in your bed too. It is really heavy with its 30.2 lbs without the stand. It is hardly operable without the stand; but most importantly, it won't work without a desktop computer as it needs a continuous USB connection with it. Still, it's got tons of awesomeness! Honestly, this Cintiq is the greatest creative tool ever created. To verify this claim, just show it to any web designer or illustrator you know and enjoy his or her starry eyes.

Howbeit, all these creative advantages and lots of goodies coming alongside Cintiq 24HD Touch hardly make this - tablet? desktop? device? - marketable for the general user. Staying tethered to your good old desktop in the post-PC era of iPads is not exactly what people are craving for.

This tablet is so half-baked that it doesn't have an official name yet, known in the tech press only as '4K tablet'. It should take quite a while till the device is brought to the market, but even now I can say it seems like the best option for everyone yearning for a BIG tablet. The whooping 3840 x 2560 resolution, 128 GB of flash memory, the more or less nice Inter Core i5 processor - these are just a few specs of the upcoming tablet. However, the thing I appreciate the most is the feather-light weight of the Panasonic über-tablet: just 5.3 lbs! It is almost 4 times as light as Lenovo's IdeaCenter Horizon and 22 times as light as SUR40.

Sounds great, doesn't it? Easy, easy, the price for this miracle tablet has not been announced yet. Taking into account the nicely large SSD disk and the tremendous display, it becomes obvious that you shouldn't expect the price to be anything below $2,000. Chances are, it will be well beyond $2,300. Another big problem is that it will hardly have any noteworthy battery life. In the official announcement on the Panasonic site it is promised we'll get at least two hours of stand-alone work: I won't be watching Titanic on this tablet either. Still, it is way better than anything else other companies offer us. Maybe I should start saving up money?

Which device would you buy?
View results

Previous story Companies that Surprised Us in 2012 Next story Parental Control. Part 3: Mobile

Soon we won't be needing our monitors and desktops, large tablets for home will make up for everything.