Upload Your Videos With Comfort

Tell me, dear readers, do you still have video cameras at home? To be honest, I don't, and I believe that many of you can say the same. This is... 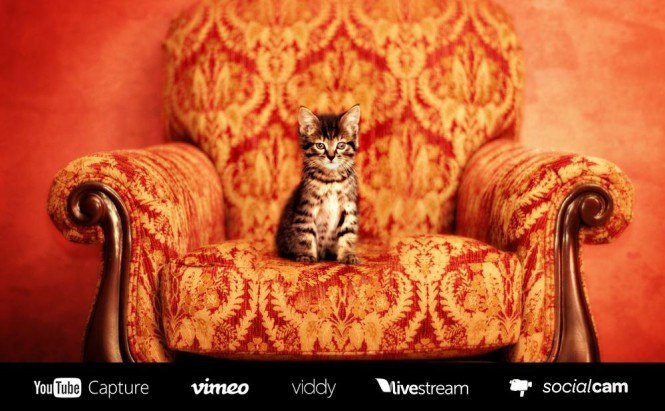 Upload Your Videos With Comfort

Tell me, dear readers, do you still have video cameras at home? To be honest, I don't, and I believe that many of you can say the same. This is something we owe to our smartphones, which can now take pictures and capture video in decent quality. What's also new is that some of us upload their videos to YouTube or other services instead of keeping them high up on the shelves. And if you're one of such people, you may find some of the following video applications useful. Let's inspect them one by one.

Google have just launched a new application, YouTube Capture. It allows you to upload your videos to YouTube and several other social services simultaneously. Here's the strangest (and a bit ironic) thing about it: the application is currently available exclusively for iOS devices, and is only expected on Android sometime later on.

I tested it on iPhone 4S and got nice results. I must admit that it works quickly and quite smoothly. YouTube Capture stands out among similar tools thanks to one of its features: it provides hints on the functionality of its icons in the form of callouts (they appear when you access a window with new controls). This saves time and helps you get used to the application in no time. The most useful feature of YouTube Capture, however, is the ability to see the whole capturing zone: you film exactly what you see, so there won't be any surprises in the resulting file. Oh, and you can capture HD video, stabilize the picture, trim it, or add music to the resulting movie.

Still, there are some disadvantages to be found: it occasionally freezes if the flash is turned on, and the interface controls in capturing mode may disappear. Only the complete restart of the application can help here.

I like this application for its beginner tour. It teaches you the basics, showing how to capture video right from the first start. Something to note here is that video effects can be added to a video after you've filmed it.

Have a Look at Viddy

Viddy provides easy personalization for your video files, including geo tagging, headings, copyright info, and a number of integrated video sharing services. It is a quick tool to share the dear moments of your life, there's no doubt about that. But it does have a minor disadvantage: after you've captured the video, you end up with an interface that is no longer as intuitive as you'd like it to be.

While the previous two apps had you choose to either bind them to your Facebook account or not, Vimeo asks to be bound to your email address. When I created a new account, I got some kind of an error, but this didn't seem to have affected the signup process.

Have a Look at Vimeo

The interface is easy to handle. All possible actions are presented as icons, and the application uses your device's default camera interface, so you can apply all the effects that are available through it. The tool disappointed me a little in how it handles file saving: it takes a bit of time to figure out what you should press and pick.

Vimeo for iPhone: We just birthed a new app from Vimeo Staff on Vimeo.

Socialcam proved to be a bit slow, but this was the only inconvenience I faced in it. The application automatically saves the captured video on the phone, looks for your friends that use Socialcam, and has a stylish and simple interface.

Have a Look at Socialcam

Socialcam provides its own interface for filming, which is a bit less comfortable to use compared to e.g. the one in YouTube Capture: it has an area on the right, where the record button is placed, which obstructs the view somewhat. This is a bit unnecessary, I think, since it's the only button available in this mode.

Overall, the application is quite good, but it wouldn't be my choice because of the working speed.

This application is different in its interface from all others: you just can't tap a wrong button. You are guided from one step to another till you create your first event. I actually got the impression that it is impossible to do anything without creating an event, but that's really not so.

Have a Look at Livestream for Producers

When Livestream for Producers is launched, you have to bind it to your Facebook account, no alternatives available. However, this is also the only application, among these five, which allows you to broadcast your video online in real time, alongside offline recording. I find this to be an interesting feature for a mobile application.

Still there is a blot on the canvas: there are some uploading issues and I couldn't post my video because of them. Unfortunately, the reason of those issues remains unknown to me.

Still, I enjoyed the application: it feels different from others and is very intuitive.

Summing up, I can say that any of these applications can effectively help you share your video, but my vote goes to YouTube Capture, if we consider just the uploading aspect. It seems to be the most user-friendly among the five, and I can only hope it drops the iOS exclusivity in the nearest future.

Referenced Android applications
Do you feel safe posting videos on the Internet?

The Vimeo video makes me laugh

As for the question arisen, I never feel safe when posting a video but I never mind

Maybe it's my display, but that baby from the Vimeo video thumbnail freaks the hell out of me. Did its arm just... fall off?

It's probably one of those newfangled 'birthed' things. Don't mind it, the evolution will take care of its arms. And its face. And maybe the iPhone.

Yup, the toys they use in the video are frightening...