Google adds a Q&A feature to its Slides app 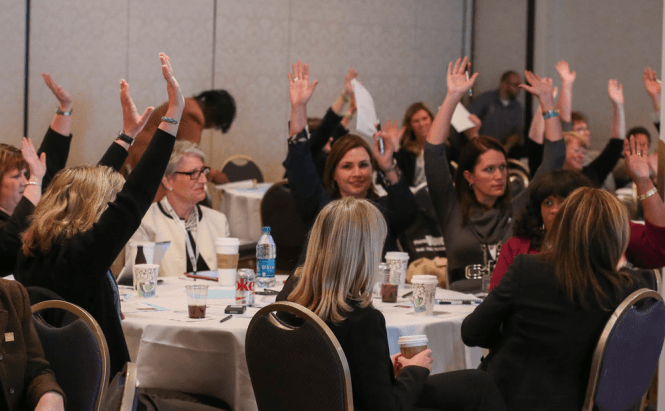 Google adds a Q&A feature to its Slides app

One of the worst things after hearing a very interesting presentation is having to listen to some completely dumb questions that an audience member felt like he had to ask. Furthermore, having to wait for your turn even when you have a great question to ask, one that everybody would be interested in, is probably just as annoying. Google might have just come up with a solution for this type of problems, by adding a new Q&A feature into their Slides application. Starting today, there's a new update to Google Slides which allows those who participate at a presentation to ask their questions using their smartphones, tablets and laptops. What's really cool about this is that there is a voting system, which allows the members of the audience to rank the most interesting questions, thus letting the speaker know which topic would captivate the crowd. Another big advantage to come from this new feature is the fact that those who want to ask questions no longer need to be in the same room as the speaker. If you stream your presentation on the Internet, everybody that watched the feed will be able to ask a question, not just just those present in the live audience. Lastly, this functionality can also offer a voice to those who have interesting questions, but are too shy to stand up in front of a crowded room and ask them out loud.

According to Google's official blog announcement, the Slides update has already started rolling out and is available on the mobile apps for iOS and Android as well as on the web version of the service.

If you're the kind of person who prefers using Microsoft's PowerPoint instead of Google's Slides, you might enjoy reading some of our older articles such as: "Microsoft Office 2016 keyboard shortcuts: PowerPoint" or "Best Ways to convert PowerPoint presentations into videos".