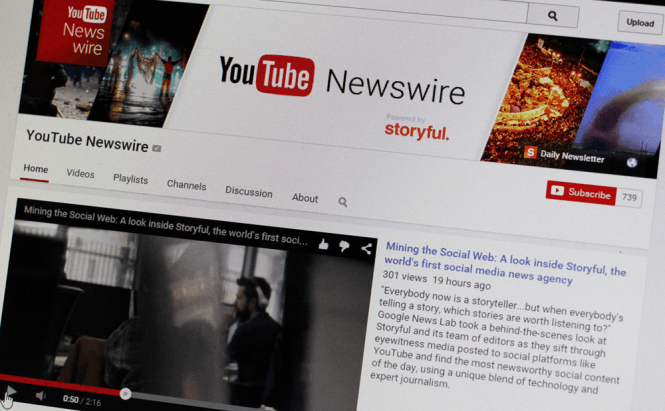 Nowadays, almost everyone has a phone with a camera, so if something happens, there is a chance that someone has captured some video footage. YouTube is generally the best source for video feeds from various events, accidents, scandals, etc., but it has one big problem. You can't always tell whether the footage is 'real' or not. This is why Google decided to launch Newswire, a service which gathers and verifies all the eyewitnesses videos. According to the announcement, the tool should be of great help for news outlets which will now have a better way to ensure that the videos are trustworthy, and accurately depict the events that took place.

This project was created by Google's News Lab in collaboration with Storyful, a company focused on news which come from the Social Media. (The two companies have partnered on this project back in 2011 after the chaos created by the incidents in Tahrir Square, Egypt.) In a recent blog post, Olivia Ma (head of News Labs) wrote: "The role of the eyewitness has never had a more vital place in the newsgathering process. [..] it's almost impossible to turn on the news during a breaking event without seeing raw video uploaded by a YouTube user somewhere across the globe."

Social media is very important in today's news and Facebook already had a similar service called FB Newswire which was also created in partnership with Storyful. Since YouTube is the largest video sharing website in the world with over 1 billion users, this move was one that was badly needed. To read the Official YouTube blog post click here.