Heroes of the Storm Goes into Open Beta 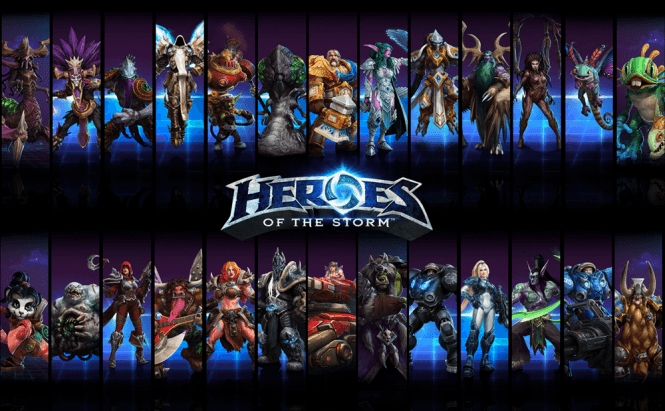 Heroes of the Storm Goes into Open Beta

DotA and LoL are pretty cool games with interesting universes full of complicated backstories and lore, but how about MOBA where you already know the story behind each character as you've already been a part of writing it? Ever wondered what would happen if Zeratul would fight Diablo himself, or who would win between Kerrigan and Tyrael? Now's your chance to find out as Blizzard just announced that Heroes of the Storm has now entered in its open beta stage, so anyone who wants to try it out can do so. Furthermore, the company also stated that the official launch date for the game will be on June 2nd.

Being totally honest, I didn't have a chance to play the game just yet as, at the moment, I'm busy smurfing in LoL, but I'm definitely going to try it very soon. From what I've seen, Heroes of the Storm only has 35 available heroes, divided into four classes, each with their own pros and cons. Just like with the other MOBAs, the number will most likely grow in time, as the Blizzard universe is pretty vast. Warriors are characters capable of surviving even when they're caught in the middle of the battle; they dish out moderate amounts of damage but are also capable of taking quite a lot of punishment before going down. Assassins are glass cannon heroes which can dish out a huge amount of damage but lack the survivability necessary for a head on fight. Supports are those utility heroes whose main purpose is to heal their allies and use their other skills to control the tide of the battles. Finally, Specialists are those characters which specialize in making entire hosts of enemies disappear (with a huge bang!). Heroes of the Storm features several maps, each with its unique gameplay, but I'm not exactly sure how that's going to turn out as gamers have been generally known to focus on a single (generally liked map) and pretty much ignore the others. There are several aspects which set HotS apart from its competition. According to the developers, the game is much more team-play oriented (which could easily be a double-edged blade and may backfire on the developers). Furthermore, on the way to the enemy's base, the players will encounter entire towns instead of simple towers.  Each of those little towns will have their own gates as well as fountains which regenerate health and mana.

To find out more about the game or sign up to play the beta version you can visit the official Heroes of the Storm website by clicking on this link.

Previous story Shoes that Grow with your Foot Are Now a Reality Next story Curios about your Google Searches? Download the History

DotA 2 by Valve is the best!