Facebook seems to have finally learned one very important thing: learning is good. The offline ads they rolled out on Zynga.com provoked no backlash... 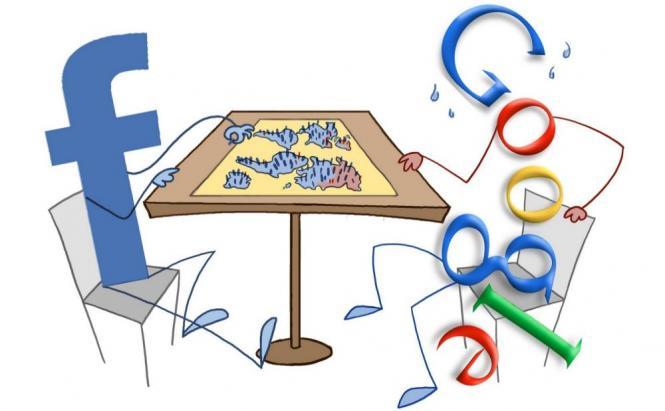 Facebook seems to have finally learned one very important thing: learning is good. The offline ads they rolled out on Zynga.com provoked no backlash among privacy-conscious users as would have been the case a couple of years ago. Zuckerberg's team has taken its previous mistakes into account. Now it can start making more space for the general offensive against Google.

The coming of Facebook to Zynga.com is a harbinger of a whole new era in Web advertising. For a regular user like most of us, it is no big deal. A couple of Facebook-styled ads at the right side of your page won't drastically change your Internet experience. At the same time, in the great scheme of things, it is a first sign that the social Web empire has not abandoned its offsite ambitions, and very soon we may witness the birth of a new ad empire, which has all the chances to dismiss Google.

The news about Facebook ads migrating to Zynga.com came two days ago and gave Facebook share prices a 4.3% boost up to USD $33.28. Unlike most other things regarding Facebook, this move of the partner companies was met with relatively little fanfare and media attention. Which is not typical for the news about the second most visited site in the world, when Zuckerberg's each and every move is covered in every detail even in the mainstream media.

Moreover, when it comes to public acceptance of changes on Facebook, things tend to happen in a repetitive pattern. First, privacy guards start making a huge noise expressing their profound concerns about this data beast of Facebook having an eye on what is left of our Web privacy. Then, the media start discussing these profound concerns in more detail, giving a brief account of how Facebook, step by step, got to know more and more about its users. The general media moaning is crowned with a deep woesome sigh and a deplorable bottom line: 'It is so sad... But we can hardly do anything.' What happens next is that in about a month 99.5% of general users forget their privacy is now being abused in a new fancy way, the public outcry fades out somewhere in the tech media headlines and 835 million of jolly Facebook users snatch at what Zuckerberg has to offer them this time.

However, the recent move by the social networking juggernaut was somewhat of a combo breaker, as the regular pattern has not been followed this time. Facebook rolled out an offsite advertising, making extensive use of our personal data, and... nothing happened. No outcry, no privacy guards' big watery eyes, no angry European students suing Mark and Co, nothing. Why?

Because Facebook has finally grasped its usual 'bull-in-a-china-shop' strategy will not always work, that someday it will eventually fail and the company will face dire consequences. Instead, it has adopted a more cautious way of acting, starting the offsite advertising from its closest partner's own website. Most likely, Zynga.com will be followed by several trusted and well-known sites before Facebook finally dares to step out into the seething Web, starting a full-scale war with Google. So, what shall we users do? Well... relax and start buying up popcorn!

Do you think Facebook has any chances of defeating Google?

Previous story The New Internet on June 6th, 2012 Next story The Google Map's Next Dimension

I also think that Facebook and Google will come to an agreement and share their affairs as they are too different. Yet... Zuckenberg is a nimble wit)

I can't understand this confrontation. Facebook and Google can coexist. Or not?