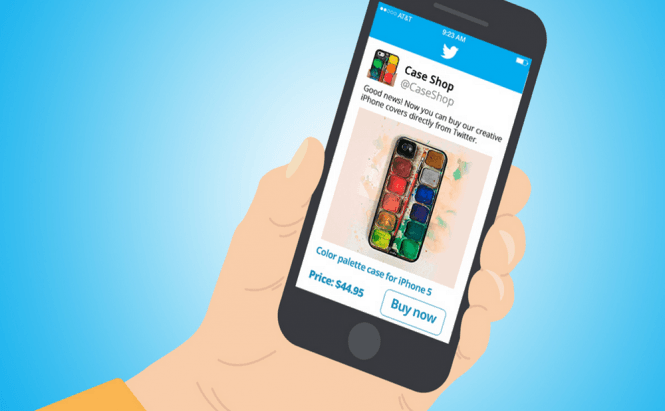 Do you ever get the feeling that you are turning into a money bag? I'm only asking because lately it seems that every time one of the giant social networking companies thinks about its users, all it sees are dollar bills. While Facebook and Spotify are currently engaged in massive video ads campaigns, Twitter decided to take things one step further and enable its users to buy stuff directly form their interface.

In a blog post published yesterday, Twitter announced that it is now testing a buy button which will allow its users to purchase merchandise directly from the social network. At this stage of development the new button will only be available for a small percentage of the US based users, and only a few of the tweets from Twitter's partners participating in testing will include the purchase option.

According to the announcement, this feature is designed for iOS- and Android- powered devices and will allow the user to act on offers and merchandise they can't get anywhere else. In other words, it looks like the social network is trying to monopolize the market for certain products and not only force you to have a Twitter account in order to buy the respective merchandise but also do so from your mobile.

If you keep in mind that the two biggest scandals in the US are related to alleged (denied by Apple) privacy breaches in iCloud (a major online cloud storage service) and customer information leaks from a long list of major American companies (including UPS), giving Twitter access to your credit card or bank account information seems like a perfectly rational decision, doesn't it?

For more information on the matter and a complete list of Twitter's test partners visit Twitter's official blog.