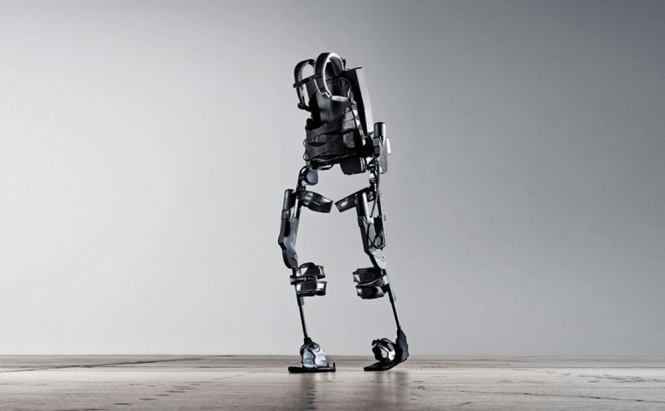 Today's medical technology looks more like something taken from a science-fiction book rather than actual reality. For example, there already are several projects involving exoskeletons designed to help those who lost the ability to use their legs to walk again. However, a new research coming from a group of scientists at UCLA is actually even more impressive as it attempts (so far successfully) to help paralyzed people regain control over their leg muscles.

The exoskeleton that the researchers from the University of California, Los Angeles are working on won't just be a prosthesis that assists the patients with their locomotion needs, but aims to help them relearn to walk on their own (as much as possible). Unlike other similar devices, this one uses completely non-invasive spinal stimulation techniques (so no surgery) to help paralyzed patients regain voluntary control of their muscles. The exoskeleton is fitted with sensors which determine how much of the motion is triggered by the machine and how much of it came from the person using it. Of course, it's a lengthy process and it requires a lot of effort, perseverance and will, but with training the patient can learn to rely more on his or her legs and depend less on the suit.

The exoskeleton was already tested with the help of 39-year-old Mark Pollock, a former athlete who was left paralyzed from the waist down after a two-story fall. After a couple of weeks of training, Mr. Pollock was able to successfully use the device to walk. Talking about the exoskeleton, the former marathon runner stated: "the awareness of my legs under me, was addictive”. Of course this technology is still years away from being completed, but the fact that the researchers have proved their non-invasive spinal  treatment technique successful is something that should give a lot hope for the future.