In case Chromecast is not really your thing, here are some of the coolest alternatives currently available on the market. 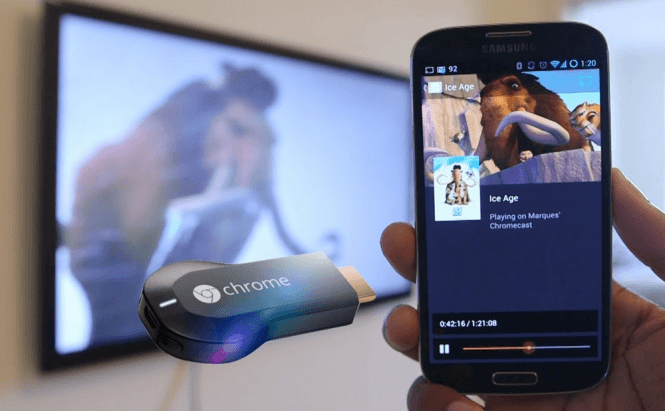 Developed by Google, Chromecast is a digital media player that allows you to stream or mirror HD video content from your phones, tablets or computers to your TV set via Wi-Fi. The gadget plugs into the HDMI port and is controlled with the help of mobile and web apps. This device is powered with the help of a micro USB connector and costs $35.

In case you aren't a fan of Google, or you strive for improved functionality, here are the best alternatives that you can find on the current market. The cheapest of the bunch (the official launch-date price will start at $25), MatchStick will be a great product to try out once it becomes available. This media streaming stick runs an open source operating system called Firefox OS. The big advantage is that, since it's open source, all the developers can get involved and create their own apps for the device, which will surely result in a wide diversity of really good applications. Currently, the project just underwent a KickStarter crowd-funding campaign which got them approximately $450,000 even though the initial targeted sum was only $100,000. A really cool thing about this product is that its creators might be working on adding an Ad Hoc mode (This was not decided yet at the time this article was written). This means that the MatchStick will function as a HotSpot and allow you to transmit the content from your device to the TV even when you're in a location where you don't have access to a Wi-Fi router. Mozilla's HDMI dongle will arrive on the market in January. US shipping is completely free while users from the rest of the world will have to pay a $5 fee for the transport. Amazon Fire TV Stick is a freshly launched HDMI media streaming dongle. Priced at $39, this device offers everything that Chromecast does but it also brings a couple of extra possibilities to its users. For example, you can opt to buy a $30 remote that will enable you to issue vocal commands to the gadget. Furthermore, unlike the Google device, the Fire TV Stick offers support for gaming, but in order to enjoy it you will need to buy a $40 worth dedicated controller. Another advantage is that the Amazon's product offers better performance than Chromecast. It gives you a 50% better processing power and double the memory that Google's media streaming stick provides. Lastly, the Fire TV Stick, can predict which TV shows and movies you like enough to want to watch until the end, and downloads them in advance so that you will get a smooth playback all the way. The only disadvantages I can think of are: currently, the controlling app doesn't work with iOS devices (it's coming soon) and Amazon's product won't be able to offer you any HBO Go content. Priced at $50, Roku Streaming Stick is a much more TV-oriented alternative to Chromecast. Besides the capability to stream images, music or videos from your local network to your television set through a Wi-Fi connection, this device also offers you 450 channels and subscription-based on-demand services such as Sky Movies or Sky Sports. Furthermore, it offers limited support for gaming and the ability to issue vocal commands. The Roku Streaming Stick works with Android and iOS devices and features Dual Band / Dual Antenna. Lastly, the Roku gadget offers better app support than all the other devices that I mentioned so far. All that combined might make up for the price difference. The Android Mini PC is one of the most underrated products currently available on the market, and I honestly have no idea why. These USB stick dongles are perfectly suited for media streaming and their price starts at $50, so they are not that far away from the other devices on this list. Generally, these Mini PCs come with Android JellyBean or newer OS, include 2GB of RAM, 8GB of storage (expendable to up to 32GB). Basically, they are the equivalent of a lower-end tablet, but at a lesser price. Although, (obviously) you will only get Android compatibility, these devices can actually replace Chromecast, and even offer an enhanced functionality. Another great thing about the Android Mini PC is that it comes with full access to the Google Play Store, so you can easily download a huge array of apps.

What device from this list you favor more?
View results