What are the best phablets that you can currently find on the market? If you're interested in the answer, here's the best place to find it out. 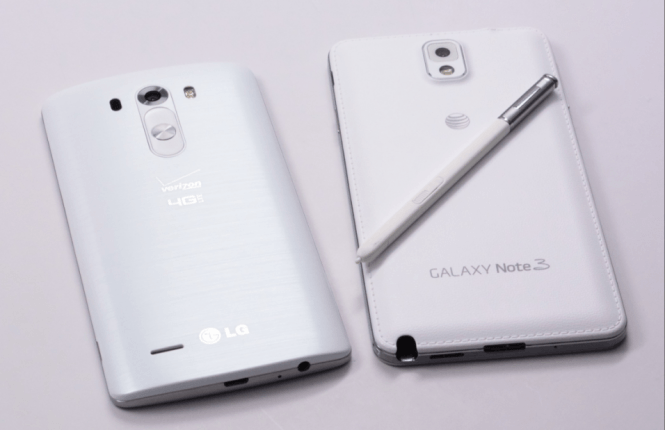 To be perfectly honest, I never quite understood the existence of phablets or the people's need for them, but that doesn't actually matter since the market for these devices is constantly growing. If you've decided to buy a phablet for yourself or as a gift to someone else, here are some of the best ones that you can currently find in stores. I think it's more nostalgia than something else that made me include this phablet in the list. In my mind Nokia Lumia 1520 has always been a measuring stick when it came to phablets, and the device is actually quite awesome even though it was launched almost one year before all the others from this top. The handset features a gigantic 6.0 inch diagonal, IPS LCD display, 367 PPI pixel density and Li Ion battery that can withstand 27 hours of talking time or 768 hours of standby time. Under the case you will find a quad core CPU with a top speed of 2.2 GHZ (actually it generally runs with an average of 1.1 GHz), 2 GB or RAM and 16 GB of internal storage space extendable to 64GB with a MicroSD card. This gadget also has a 1.2 MP front camera and a  20 MP rear camera that could make out for its lack of image capturing related features.

Even though Nokia Lumia 1520 is the least powerful of the five devices, the gap between them isn't as big as the price difference ($575 on Amazon), so this Windows Phone operated device could actually make a decent buy. Another huge phablet, the Motorola Nexus 6 has just arrived on the market, so there really wasn't that much time to fully test it out. What I can tell you, however, is that it's the best Nexus up-to-date as well as Google's most expensive handset on the market. This phablet has a 5.9 inch diagonal, AMOLED display, 493 PPI pixel density and a Li Polymer battery that keeps your phone powered for 24 hours of active usage or 300 hours of standby time. The devices features a quad-core CPU with a top speed of 2.7 GHz, 3 GB of RAM and a non-extendable storage capacity of 32 GB. When it comes to image capturing, this gadget offers a 13 MP rear and a 2 MP front camera. Lastly the 4K resolution display is one of its main selling  points

The Motorola Nexus 6 has some awesome display features, but everything else is on par or less than what the competition offers. Furthermore the device is pretty expensive and I really can't get it why they paired a 4K display with a 32 GB storage capacity that can not be extended, so I would rank it as my 4th pick. I'm actually curious about how well this product would sell if it didn't have the Apple and iPhone brands in front of its name. I'm pretty sure that if it was just "Phone 6 Plus", very few people would pay $900 or more for it. This phablet has a 5.5 inch diagonal, Retina display, 401 PPI pixel density and a Li Polymer battery that has enough energy for 24 hours of active time or 384 hours of standby.  The device features a dual core CPU with a speed of 1.5 GHz, 1GB of RAM and 16GB of (non-extendable) storage capacity. Lastly this gadget also offers a 8 MP rear camera and a 1.2 MP front one.

In my opinion, there are a lot of things wrong with this phablet, the biggest one being its price. Out of the 5 devices included in this list, Apple's iPhone 6 Plus is by far the most expensive and the penultimate in terms of performance. Furthermore, it offers no memory card slot, it doesn't support neither wireless charging nor infrared connections. On the upside, it's one of the most stable and reliable products on the market and the quality of the materials is probably the best out there. As far as I'm concerned, even though it offers a lot of sensors, the iOS operating system is great and its camera features are excellent, the Apple iPhone 6 Plus would still be just my third pick from the devices on this list. The Samsung Galaxy Note 4 is an awesome device which I would buy without a second thought if phablets didn't cover my entire face during calls. This product features a 5.7 inch diagonal, Super AMOLED display, 515 PPI pixel density and a Li Ion battery that can last for 20 hours of talk time. Inside the phone, you will find a quad core CPU with a top seed of  2.7 GHz, 3 GB of RAM and 32 GB of internal storage, extendable to 128 GB. The Galaxy Note 4 includes fingerprint, heart rate monitor and barometer sensors. Furthermore the device includes 4K resolution, a 16 MP rear camera and 3.7 MP front camera.

Besides its many qualities, what I like the most about Galaxy Note 4 is its capability to work with Samsung's VR products. Furthermore the product is quite affordable, so this phablet would make a great gift for yourself as well as for someone you care about. LG G3 has all the qualities: it's good-looking, has awesome features and is price convenient. This phablet offers a 5.5 inch diagonal, IPS LDC display, 538 PPI pixel density and a Li Ion battery that can sustain for 19 hours of active time or 565 hours on standby. Under the hood you will find a quad core CPU with a top speed of 2.5 Ghz, 3 GB of memory and 32 GB of storage space upgradable to 128 GB with a MicroSD card. You will probably also like the 4K display resolution or the 13 MP rear camera and 2.1 MP front camera.

The LG G3 may not have the sensor capacity of Galaxy Note 4, but that doesn't mean it's not worth buying. Especially since the lowest price on Amazon is only $545.

If you want more technical details or you would like to compare any of these phablets with other models, try this site.

–  7 years ago  –  Was it helpful? yes | no (0)
Useful Android applications
Interesting Android stories