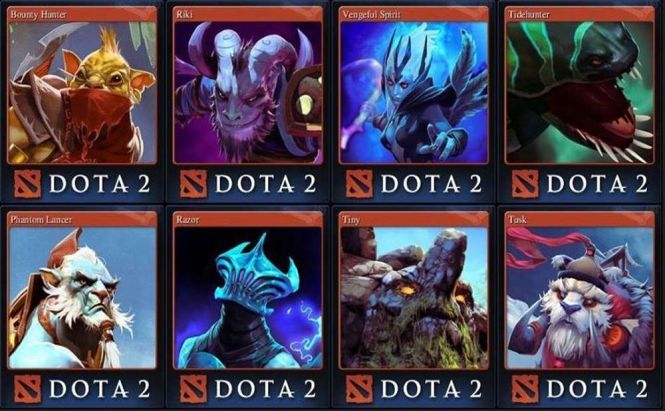 After a lot of drama, suspense and some really hard fought games, The International 4 is moving onto the main event stages. The Dota 2 tournament with the largest prize pool in the entire history of e-sports is very close to crowning its 2014 winner.

Dota 2 is one of the most successful online games with around eight million players from all over the globe. This free to play MOBA (multiplayer online battle arena) with an effervescent and ever-growing community has managed to put together the largest e-sports prize of all time for the 4th edition of its largest tournament: The International. Valve (the Dota 2 developer) started things off by offering 1,6 millions dollars as a prize for TI. Furthermore, they created “Compendiums” that offer (among many other things) live access to TI matches and are sold to the players. As 2.5$ from every sold Compendium went into the tournament’s budget, the Dota 2 community exceeded every expectation and managed to multiply the prize pool adding an extra $9,211,553. This resulted in an unprecedented prize of $10.811.553, the largest reward in the entire history of e-sports by far. The winners of TI4 will take home $ 4,973,314, the runner-ups will get a little less than 1.5 million dollars, while the bronze medalists will have to “make do” with $1,027,098. The rest of the money will be divided amongst the 4th to 14th placed participants.

Now that the dust has settled on the intense regional qualifiers, the unforgiving play-in series and the exhausting groups stage, the KeyArena at Seattle Center is ready to receive the eight teams that are still standing: DK, EG, NewBee, VG, Cloud 9, IG, LGD and NA’VI. The biggest surprise in the tournament was the elimination of the former champions, the Swedes from Alliance.

Although Na’VI (Natus’ Vincere) are the winners of TI1 and runner-ups at TI2 and TI3, they are not amongst the favorites to win this year’s competition because of their current lack of form and internal disagreements. However, the iconic Ukrainian team should never be completely disregarded since winning from behind is one of their specialities.

The boys from IG (Invictus Gaming) are the winners of TI2 and came second at TI1. They represent one the most popular and most experienced teams in China, so no one will raise an eyebrow if they go home with the trophy.

Enjoying the home advantage and being at the peak of their form, the Americans from EG (Evil Geniuses) aim to silence their critics and surprise everyone by becoming number one. NewBee is one of the most inexperienced teams in the tournament, yet their aggressive but calculated play style has made the entire community believe that they will be one of the top placed teams even before the competition actually began.

The Europeans from Cloud 9 and the Chinese from LGD are the clear underdogs. There are very few people who think that they are capable of winning the whole shebang. Vici Gaming (VG) is one of the teams that came out of nowhere and managed to come first in the group stage, despite their recent obvious lack of form. According to most spectators, the Chinese giants from DK are the favorites to win this year’s TI and so far they haven’t disappointed. Their very methodical playing style with a lot of patience and excellent decision-making earned them the 3rd place in the group stage, as they are now awaiting their main event opponents.

The finale of this year’s TI4 is nearly here. The main event of the 10-million-dollars Dota 2 championship will take place between 18th and 21st of July in the KeyArena at Seattle Center.