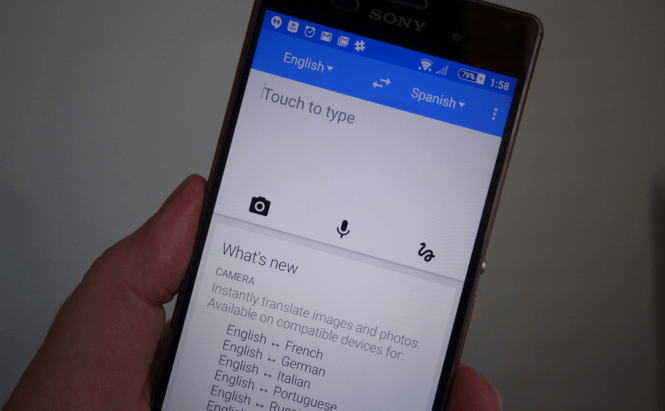 The mobile version of Google Translate, the one for iOS and Android phones, has been updated and is now more comprehensive and faster. In a recent blog post the company has announced that the latest version of the app brings 20 more languages to the ones already available for visual translations.

Up until this point, the respective feature only supported French, Italian, Spanish, Portuguese, Russian, German and English, but from now on, the available languages will also include Bulgarian, Catalan, Croatian, Czech, Danish, Dutch, Filipino, Finnish, Hungarian, Indonesian, Lithuanian, Norwegian, Polish, Romanian, Slovak, Swedish, Turkish and Ukrainian. Additionally, you can also perform a mono-directional visual translation from English to Hindi or Thai.

But the addition of new languages isn't the only improvement to the app. According to the post, the visual translation feature (the one which translates any text that you point your phone's camera to) will also work a lot faster so you will be able to quickly understand street signs or restaurant menus with or without an Internet connection. And lastly, the company also stated that the voice translation feature will work a lot smoother, so that even those who have to make do with slow or unreliable Internet connections can effectively use it.

The update will start rolling out to worldwide Android and iOS users over the next few days through the regular channels. To read Google's entire blog post announcement, click on this link.