The Cheesiest Tech Ads Ever

If you haven't seen Apple's new Genius Bar commercials, it's high time you did. A whole lot of people believe that this is the most dismal... 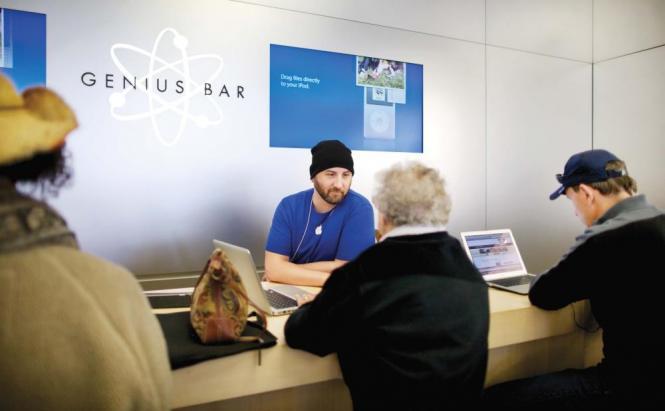 The Cheesiest Tech Ads Ever

If you haven't seen Apple's new Genius Bar commercials, it's high time you did. A whole lot of people believe that this is the most dismal advertising failure Apple has scored in its thirty-six-year history. Many tech journalists dubbed them as picturing the Mac users as a bunch of meatheads who care about as much as a photo card while their wife is in labor and manage to fail even at creating the said card without the outside help, despite using the allegedly most user-friendly computer in the world.

Not exactly flattering. Not exactly flattering even if you agree to CNET's Chris Matyszczyk, who pointed out that not everyone on this planet is as smart and technically savvy as him, you, or me. He's actually right, most of the users have no idea how their computers work and, moreover, don't even want to get that idea. Still, most of these users don't like it when their inability to do something gets thrust right in their face, let alone the pathological weirdness of the characters in these commercials, putting the Mac users in an unfavorable light. And this clientele defamation comes from the company that delivered us the '1984' Mac commercial!

To sugar the pill, I must admit Apple is not the first who sends millions down the drain wasting them on incoherent ad campaigns. I'd put them on spot 4. If you remember that we're having the Olympics now, it would make sense to recall the medal winners in that highly competitive sport discipline. Here's to la crème de la crème of tech advertising failures.

The bronze comes to Microsoft for that commercial with Bill Gates and Jerry Seinfeld. Apart from the cheesy humor (never mind, that's personal), it is marked by a total absence of any marketable sense. Maybe there is some sense deep in the heads of the advertising agency specialists, but the end consumers were unfortunately not smart enough to dig it.

… goes to IBM, who made this incredibly goofy commercial with a man distantly resembling Charlie Chaplin advertising IBM PCjr. The basic idea behind this product was no bad, with schools nationwide starting to buy up computer for educational purposes. IBM PCjr even featured a wireless keyboard, ten years before it became mainstream!

But look at this commercial. Even if people need education, it doesn't immediately mean they're dumb. Even the best minds in history were once uneducated. The mind-numbing comedy presented in the 32 seconds of anguish and palmface is targeted at everyone except the smart people.

Microsoft, IBM, and Apple had some rational seed in their ad campaigns, trying to promote their new products, inform the existing users about their new services, or change the company's public image. Now, for Heaven's sake, tell me, what did Sega think about when it threw out THIS?

Just look at our champion and enjoy. Previous story Handwriting for Mobile and Tablet Search by Google Next story A Mysterious Tablet by Samsung?