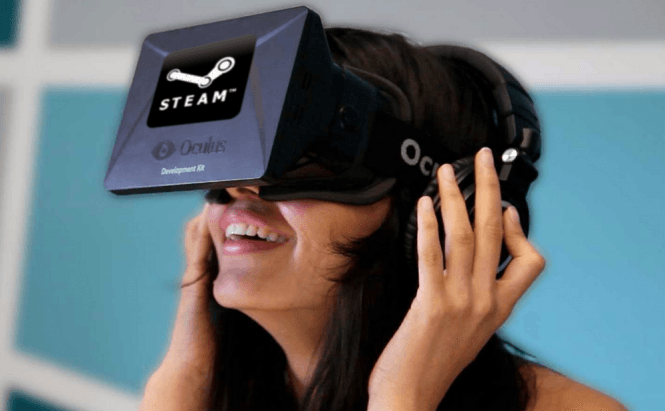 Virtual reality is the way to future. With so many big names invested on bringing VR headsets to the general market, this can't take much longer. In fact, Facebook's Oculus Rift, Sony's Project Morpheus and even Samsung's Gear VR are expected to be officially launched this year, so it's not such a big surprise to that the competition between virtual reality apps has already begun.

Valve has recently announced its upcoming SteamVR app, which will enable people to use Steam's Big Picture mode in virtual reality environments. According to the company's blog, users and press alike will get a first glance of the product at the Game Developers Conference which takes place on March 2nd in San Francisco. Furthermore, Valve seems to aim at a lot more than this, as the company is actively looking for developers who specialize in virtual reality apps.

At the GDR conference Valve isn't only planning to showcase the SteamVR application, but also previously unannounced hardware for the app (this actually sounds quite interesting). Furthermore, the company is set to show those in attendance a demo of the new Steam Controller (a device that aims to mimic the PC gaming play style) and some new living room devices.

Starting out as simply the gaming business that owned the Steam marketplace, Valve is gradually becoming more and more ambitious. At present, besides their numerous other projects, the company is focusing on developing their own operating system (Steam OS) and their own gaming consoles (Steam Machines).