What is ransomware and how to protect yourself against it

A relatively new trend in hacking technology, ransomware is one of the nastiest things to deal with. 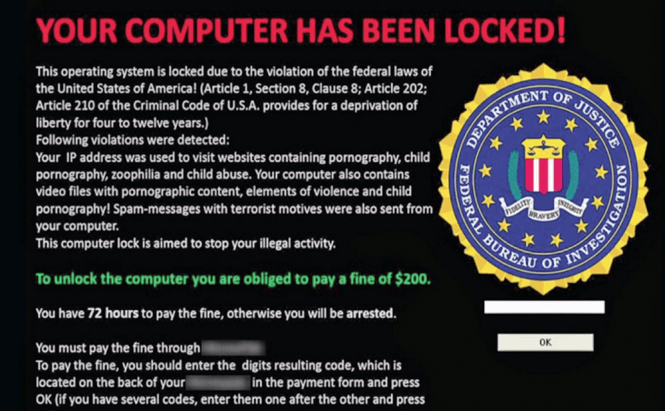 What is ransomware and how to protect yourself against it

As I've already said time and time again, today's Internet is filled with all kinds of dangerous people that look to either steal money from you, coerce you into giving them money or infect your PC for nefarious purposes such as creating botnets. The problem is that often you don't even have to do something wrong like giving away personal information or going to some shady domain to get infected. What's even worse is that it only takes a few seconds to get infected with malware, but removing it or dealing with its effects can take hours and even days.

Ransomware? What in the world is that?

And since we're talking about Internet threats, I've recently noticed a rise in the number of people who get infected with ransomware, which is one of the nastiest types of malware you can run across. In case you've never heard of or seen such a thing, you're lucky. If you don't know what ransomware is, it's a type of computer virus which gets into your system and encrypts all your files and folders with a random key. Then, it locks you out of your operating system showing you an image like the one you see in the image above and asks that send money (usually bitcoin) to regain access to the files that have been encrypted. Furthermore, to make it even nastier, the hackers usually disguise ransomware as a message from an official authority such as the Federal Bureau of Investigation or your local police authority, thus making you think that you've actually done something wrong and must pay.

From what I've seen lately, there are two types of ransomware that seem to be very popular with hackers: CryptoWall and Chimera. What's special about them? Beside doing their regular ransomware things (which I've described in the previous paragraph), CryptoWall also scrambles the names of the files that it encrypts (making them even more difficult to recover). Chimera takes a slightly different approach and after locking the files on the PC also threatens to expose the victim's most private files (documents, photos, videos, etc.) and upload them on the Internet. To the best of my knowledge, this is just an empty threat, as the malware can't actually analyze your files to see which ones are private, and uploading bulk data would take days, but in the heat of the moment lots of people don't think clearly and take the threat seriously.

That's bad. How do I protect myself?

If things look grim so far, the following chapter won't make it any better. Unfortunately, there is no easy fix or defense against this type of attack. Of course, you should have an anti-virus and an anti-malware application installed on your device, but the one and only time I got infected by ransomware I had both up and running (I won't give any names), and it didn't make a bit of difference.

However, if you're scared about your personal files being uploaded to the Internet, encrypt them yourself. You will be able to access them, but anyone who somehow manages to steal them will have a very hard time accessing the content. In case you're afraid of losing some very important files to ransomware, the best thing you can do is make backups on other drives or devices (and encrypt them as well). Other than that, there's not much else I can tell you that you don't already know: don't open weird links embedded in emails and messages, avoid shady websites and make sure that your Adobe Flash and Java are always up-to-date, or that you're not using them.

I think Bit Defender does a pretty good job at that. It has a special security feature that locks down your Personal Folders such as Documents, Pictures, Videos etc and any app trying to make changes to those folder whether adding files to it or deleting them, just any changes will, be blocked and asked to get permission from Administrator. Try it too!