ACTA: The New Danger to the Web Freedom?

The Web-community has just celebrated its hard-earned victory over the SOPA and PIPA bills in the United States, but one more copyright protection... 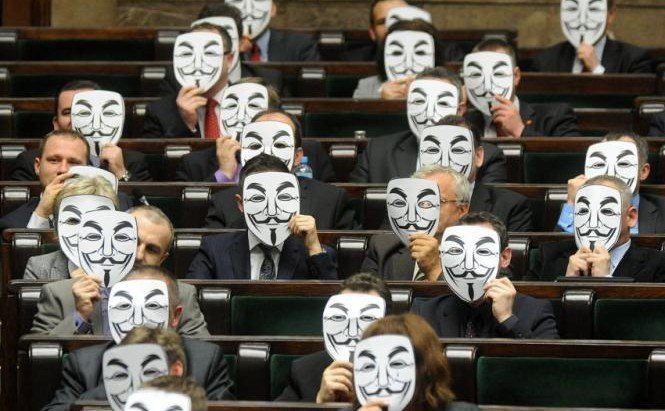 ACTA: The New Danger to the Web Freedom?

The Web-community has just celebrated its hard-earned victory over the SOPA and PIPA bills in the United States, but one more copyright protection project has again got in the focus of public attention.

What's all the fuss about?

Now the issue at hand is the so-called ACTA agreement, which was signed by the 22 EU members in Tokyo. The Anti-Counterfeiting Trade Agreement (the document's official title) is intended to serve as the legal basis of fighting against counterfeiting. Nevertheless, the ACTA framework is not limited to the pure counterfeiting or trade of generic medicines or physical goods, but also includes measures against copyright infringement on the Internet. The other signatories were the United States, Canada, Australia, Japan, and South Korea and several other countries.

Each time the phrase 'copyright infringement' comes to the fore, the wide public outrage is as good as guaranteed. Perhaps that's why the negotiations around the new agreement were marked by secrecy: the news about the European Union signing the document was a big surprise for the general public. In fact, signing the agreement would have passed largely unobserved if not for the recent massive Internet black-out, aimed to protest against the notorious SOPA and PIPA bills.

The draught text was already leaked on the Web once in 2008 by the Wikilieaks.org whistleblower: following that leak, David Fewer, staff counsel at the University of Ottawa's Canadian Internet Policy and Public Interest Clinic, requested the document text from some Governmental Agency. It was eventually sent to him by the Canadian Federal authorities; however, the entire text except for the title was blacked out and, therefore, did not provide much information about the bill.

How does it affect me?

Quite predictably, the most debatable points in the new documents concern the delicate copyright protection issues. For example, after the agreement ratification the customs officers will be authorised to examine the contents of any data storage device that can potentially contain copyright infringing materials. In plain terms, if in a couple of years you happen to fly to Europe with a laptop, flash drive, smartphone or an iPod, you may be sure that all these devices will be meticulously examined at the customs (looks like the security checks at the airports will be even longer, doesn't it?).

Moreover, it will be allowed to order the drilling down of your devices ex parte, i.e. in the absence of your lawyer, and take 'other preliminary measures' (without any further clarification of what it stands for). In case the customs officers find something, as they think, infringing someone's copyright, they will have the full right to confiscate or destroy your data carrier. Certainly, it won't matter much if it's just a flash-drive, but what if it's your oh-so-great iPhone or Nokia Lumia?

And that's not all. ACTA also obliges the Internet providers and hosts to actively spy after their users and report the cases of copyright infringement to the authorities. No warrant required. Moreover, copyright infringement will start being regarded as a criminal offense, even if it wasn't that in the member country legislation. To crown it all, there will be created a special ACTA-committee, eligible to issue subsequent agreement amendments without ratifying them by the member states. So, what are the prospects?

First, the ratification is not through yet. ACTA is a multilateral responsibility agreement, i.e. it has to be signed both by the European Union and all its member states. This must happen till the end of the year. Taking into account, that there has been almost no protests against the agreement except in Poland (where they have led to nothing, actually), the chances of ACTA coming into force equal almost 100%.

One more, black-out, ladies and gentlemen?

Freedom is a myth!

i totaly disagree with the ACTA rigths or soever. they must understand a simple fact: the free form of chosiyng the way we want the world to coexist with is onlyh up to us to decide, notr after a few dozen of so called "brains", or lets say decisions factors of our society. they must understand once in for all that we are the jury the deputy and martial court as well, and therefore we will not, we can not, and we will never allow to be CONTROLLED by any means in any way they may imagine that it shall be posible. this is popostruos, soon my friends our right as free human beeyng it will fade in grave of our so called way of trying to gain more controll over it. this shit happened only because of higher level of fear among the "brains" of our society, but thaey free to know one old world of my people from Romania which sais so:" of what you are of, you can not escape".god bless all of you, and my regards to everyone which helps on gathering eachother to fight against slavery.

What about small towns in the countryside, which have lack of movie theaters, contemporary libraries with quality resources and service, and other key social institutions, giving people an opportunity to keep abreast of new movies,books,music? If ACTA is signed, the only resource these people will have is official TV, that's all. This will be definitely a step backward for our society!

No, they will have a chance to watch films, listen to music, and so on. All they'll have to do is pay for all these things to the right holder and be ready to prove each and every customs officer you have not stolen them.

That seems incredible for me that the ACTA agreement could really come into force. Sounds ridiculous

Of course, I know that the Internet is already under one's special control directed to bar provocative information (about politicians, for example) from leaking. But the bill is out of question, I hope)
I like the picture you've drawn: a customs officer with serious face is scanning my PC and destroying a photo with watermark that I downloaded illegally. Epic fail

No, this customs officer does not merely delete the picture with a poker face. He confiscates you laptop with the same poker face. Forever.

Yes this is ridiculous! If you are travelling to the United States of A, the customs officer already can cease your computing devices for up to 3 days without any piece of paperwork if you are on some black list. That's the Patriot Act for you... not many people know it because the media effectively is quite about it (talking about freedom of press!)...